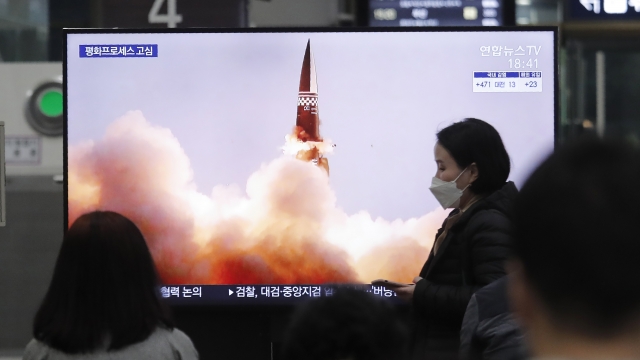 North Korean state media said Friday the new missiles it tested into the Sea of Japan can be armed with warheads weighing 2.5 tons.

North Korea fired two ballistic missiles into the Sea of Japan this week — and now we’re learning how powerful they are.

"These missiles appear to be of the aero-ballistic type, meaning that they fly purely in the atmosphere, they don't go up into space. And they can maneuver more than a typical ballistic missile," says Joshua Pollack, senior researcher at the Center for Nonproliferation. So they tend to be more precise, and they tend to be harder to intercept with missile defenses."

Pollack says the solid-fueled missiles don’t appear to have been nuclear-armed.

President Biden is now facing questions about whether he'll act.

"We're consulting with our allies and partners, and there will be responses. If they choose to escalate, we will respond accordingly."

It's North Korea's first ballistic missile test in a year. But some analysts tell Newsy the country has conducted these tests in the past and gotten very little response from the U.S. They believe it's a warning to South Korea more than to the United States.

The White House is expected to release a policy review on North Korea in the coming days.