North Korea: 2 Missiles Were A 'Warning' For South Korea 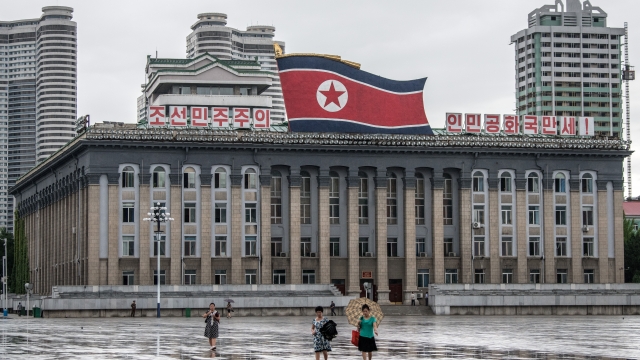 On Thursday, North Korean state media reports the two missiles launched a day before toward the Sea of Japan were "personally organized" by North Korean leader Kim Jong-un. It added the move was "part of the power demonstration to send a solemn warning to the South Korean military."

On Wednesday, South Korea's military reported the country launched two projectiles early that morning local time from an area near Wonsan and that they traveled about 430 kilometers.

Thursday's report by North Korea's state-run Korean Central News Agency accused South Korea of holding "military exercises in defiance of the repeated warnings from the DPRK." This could possibly be referring to the fact the U.S. and South Korea announced they will conduct joint military exercises next month.

KCNA said Kim Jong-un said he was "gratified by the direct confirmation and conviction of the rapid anti-firepower capability of the tactical guided weapon system," and warned "the south Korean chief executive should not make a mistake of ignoring the warning from Pyongyang."

South Korea says it does view the move from North Korea "as a military threat." On Thursday, South Korea's Presidential Office said the country has "agreed to make a final assessment after further precise analysis with the US."

President Trump's most recent visit with Kim Jong-un didn't lead to much progress toward the U.S.' stated goal of a denuclearized North Korea.