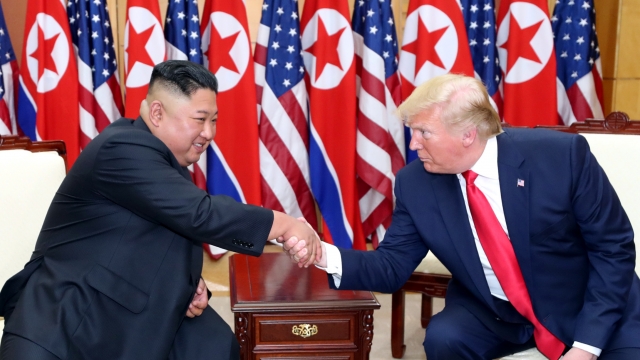 The fate of North Korea's nuclear material production facilities is going to be a critical issue if the country formally restarts nuclear negotiations with the U.S.

The Yongbyon complex is North Korea's only declared nuclear production plant. The site houses the five-megawatt reactor that produces the bulk of the country's weapons-grade plutonium: the radioactive material at the core of some nuclear weapons. The site also produces some enriched uranium, which is also used to fuel nuclear weapons.

Previous denuclearization talks have largely focused on Yongbyon: the site has hosted international inspectors and even been shut down briefly during past talks. North Korea's nuclear capabilities have advanced beyond Yongbyon, but the site is still a key component of the country's nuclear program. 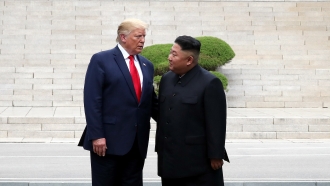 Grace Liu, research associate at the Middlebury Institute of International Studies' Center for Nonproliferation Studies, told Newsy: "As far as we know, the only reactors that they have are at Yongbyon. It still, to some extent, serves a pretty significant purpose in their nuclear program. But I have no doubt that even if we did shut down all of the facilities. They would either already have a stockpile of nuclear enough fissile material to keep creating some new weapons, or they might be able to mine and procure and make more without the reactors."

U.S. intelligence suspects North Korea has at least two other sources of nuclear fuel. A suspected nuclear site known as Kangson, was identified in 2018: it's believed to mainly host centrifuges which can separate uranium ore into weapons-grade nuclear material.

Ankit Panda, senior editor of The Diplomat, told Newsy: "Since 2010, the US intelligence community has assess the site with a relative degree of high confidence that the site is very much involved in enriching uranium. So so far as any future agreement with North Korea goes, and certainly as far as the Trump administration's current diplomacy with North Korea is concerned, covering this site, Kangson, along with Yongbyon, is going to be critical to the ability of any agreements to verifiably freeze North Korea's ability to produce fuel for nuclear weapons."

The U.S. has insisted that North Korea should dismantle its entire nuclear program in order to win concessions. But as Kangson indicates, there's a lot about the country's nukes that we don't know.