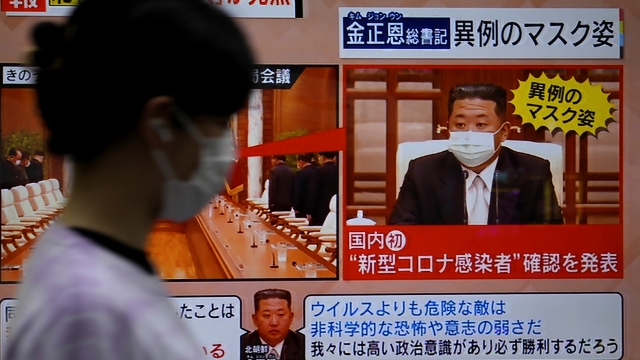 Six people have died and 350,000 have been treated for a fever that has spread “explosively” across North Korea, state media said Friday, a day after the country acknowledged a COVID-19 outbreak for the first time in the pandemic.

North Korea likely doesn’t have sufficient COVID-19 tests and said it didn’t know the cause of the mass fevers. But a big coronavirus outbreak could be devastating in a country with a broken health care system and an unvaccinated, malnourished population. 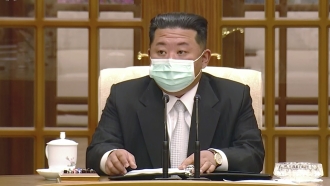 The North’s Korean Central News Agency said of the 350,000 people who developed fevers since late April, 162,200 have recovered. It said 18,000 people were newly found with fever symptoms on Thursday alone, and 187,800 are being isolated for treatment.

One of the six people who died was infected with the omicron variant, KCNA said. But it wasn’t immediately clear how many of the total illnesses were COVID-19.

North Korea imposed a lockdown Thursday after acknowledging its first COVID-19 cases. Those reports said tests from an unspecified number of people came back positive for the omicron variant.

It’s unusual for isolated North Korea to admit to the outbreak of any infectious disease, let alone one as menacing as COVID-19, as it's intensely proud and sensitive to outside perception about its self-described “socialist utopia.”

While North Korean leader Kim Jong Un had occasionally been candid about his worsening economy and other problems, he had repeatedly expressed confidence about pandemic response and wasn’t seen wearing a mask in public until Thursday.

State TV showed Kim wearing a mask as he entered what the broadcast described as the country's headquarters of its pandemic response, which appeared to be Pyongyang's landmark Koryo Hotel. He took off the mask and smoked a cigarette while talking with officials.

KCNA said Kim criticized officials for failing to prevent “a vulnerable point in the epidemic prevention system.” He said the outbreak was centered around the capital, Pyongyang, and stressed all work and residential units should be isolated from one another while residents should be provided every convenience during the lockdown.

The spread of the virus may have been accelerated by a massive military parade on April 25, where Kim gave a speech and showcased his army and weaponry in front of tens of thousands of people.

According to the latest figures from the World Health Organization, North Korea reported to the U.N. agency that it tested 64,207 people for COVID-19 in 2020 through March 22 this year, a small number that may indicate insufficient tests for a population of 26 million.