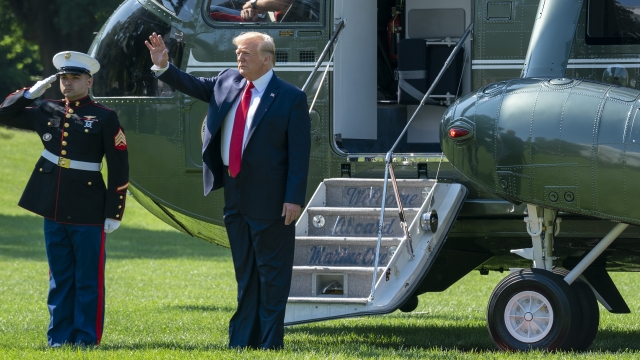 North Korea has launched several short-range missile tests within the last three weeks, which some say violates a United Nations treaty. North Korea has said the tests were warnings against the U.S. and South Korea for conducting joint military exercises. The U.S. and South Korea are planning to continue their annual joint military exercises despite North Korea's protest. Earlier in the day, President Donald Trump  repeated to play down the missile tests.

"There have been no nuclear tests," President Trump said. "The missile tests have all been short-ranged — no ballistic missile test. No long-range missiles."

President Trump also said he received a "beautiful" letter from North Korean leader Kim Jong-un. He described the three-page letter as "very positive." The president said he thinks they'll have another meeting in the future to discuss denuclearization. The leaders have met three times face-to-face, but none of those meetings have lead to plans to denuclearize the country. Nuclear negotiations have been stalled since the Hanoi summit in February.

U.S. Defense Secretary Mark Esper and South Korea's defense minister have agreed to work together to support diplomatic efforts to denuclearize North Korea, according to Yonhap.