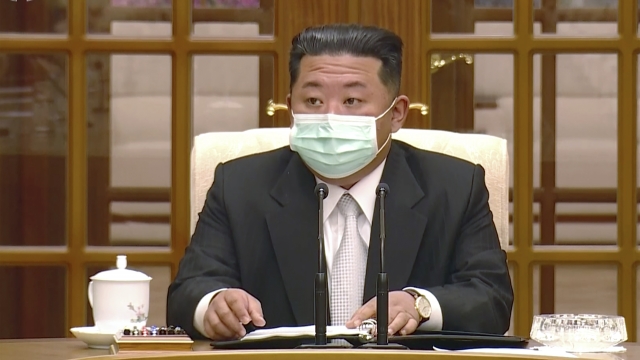 In recent months, North Korea has test-launched a spate of missiles in what experts call an attempt to modernize its weapons and pressure the United States and its allies into accepting it as a nuclear state and relax sanctions on the North. Some observers say that despite the elevated anti-virus steps, North Korea would likely continue to build its arsenal with weapons tests to boost public morale and strengthen loyalty for the Kim leadership. 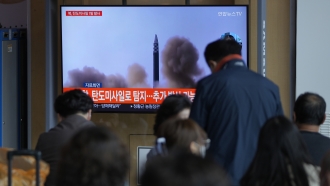 The country fired three short-range ballistic missiles toward the sea on Thursday, its neighbors said, in the latest of a series of weapons demonstrations this year that came just hours after it confirmed its first case of the coronavirus since the pandemic began.

The launches could underscore North Korea’s determination to press ahead with its efforts to expand its arsenal despite the virus outbreak to rally support behind Kim and keep up pressure on its rivals amid long-dormant nuclear diplomacy.

The missiles plunged into the waters between North Korea’s eastern coast and outside of Japan’s exclusive economic zone, Japanese Defense Minister Nobuo Kishi said. There was no report of damage to aircraft or vessels.

The North Korean weapons tested recently included a variety of nuclear-capable missiles that could potentially reach South Korea, Japan or the mainland U.S. In March, North Korea ended its self-imposed suspension on huge weapons tests since 2018 with a launch of its biggest missile capable of reaching the entirety of the American homeland.