North Korea Issues Ultimatum Over Denuclearization Talks With US 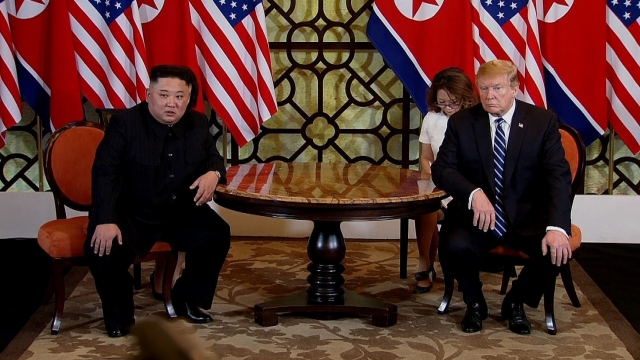 North Korea says it's unwilling to resume denuclearization talks with the U.S. unless the Trump administration moves away from its demands for "unilateral disarmament."

A spokesperson for North Korea's Ministry of Foreign Affairs was quoted as saying, "The U.S. would not be able to move us even an inch with the device it is now weighing in its mind, and the further its mistrust and hostile acts towards the DPRK grow, the fiercer our reaction will be."

The two countries have seemingly been deadlocked since President Trump and North Korean leader Kim Jong-un's Vietnam summit earlier this year. It ultimately ended with the two leaders unable to agree on steps toward denuclearization and lifting U.S. sanctions.

Since then, North Korean officials have repeatedly urged the U.S. to come up with a new approach. And Kim has even set a year-end deadline for the U.S. to draw up mutually acceptable terms to salvage negotiations.