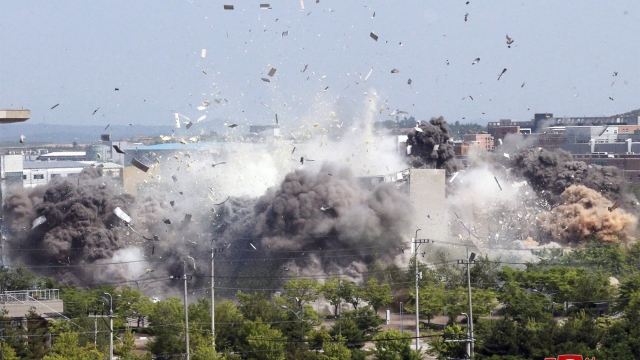 This announcement follows the release of a video from the South Korean military in which North Korea can be seen blowing up a joint liaison office near the demilitarized zone. The building has been empty for months.

In addition, Pyongyang is reportedly furious after defectors in the South used balloons to send anti-regime leaflets to the North.

This has resulted in even higher tensions between the two countries, which are still officially at war with one another.

South Korea's president has urged for a dialogue between the two sides, but North Korean officials have rejected those calls.