North Korea Fires Projectiles Into The Sea, According To South Korea 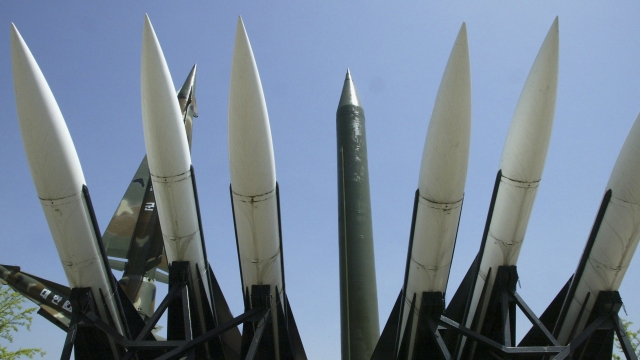 According to South Korean officials, North Korea fired a series of projectiles into waters off its east coast Monday. This comes three days after North Korea reportedly fired a missile into the Sea of Japan.

"They are just yet another indication that the regime is willing to continue to take actions which destabilize the peninsula which only increase tensions there," a spokesman for the State Department told Fox News.

President Obama imposed stricter sanctions against North Korea last week. Earlier this month, the U.N. passed its own tough sanctions after China, one of North Korea's closest backers, voted for their approval.

Besides the sanctions, North Korea's latest firings appear to be a response to U.S. and South Korean joint military exercises.

Those military exercises were, in turn, a response to North Korea's claims of a nuclear test in January.

South Korea has said it expects the North to conduct what would be its fifth nuclear test to defy the recent sanctions imposed against them.

This video includes clips from The White House and RT, and images from Getty Images.