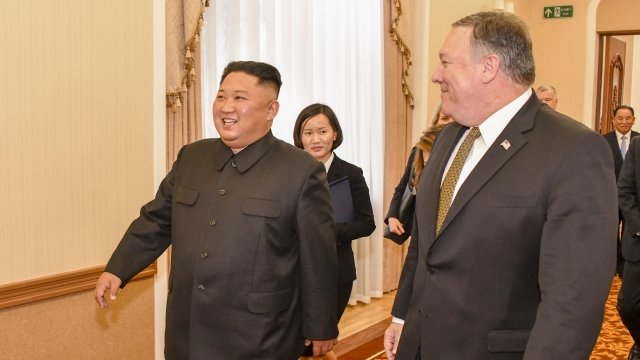 Pyongyang has repeatedly protested the sanctions, which the U.S. has continued to impose on the country in an attempt to pressure the North into denuclearization.

U.S. Secretary of State Mike Pompeo visited North Korea in October, and announced shortly after that the two countries were working on a second summit between Kim and President Donald Trump.

South Korea, meanwhile, has raised the possibility of lifting some sanctions on the North, and South Korean President Moon Jae-in has advocated for reunification on the peninsula.