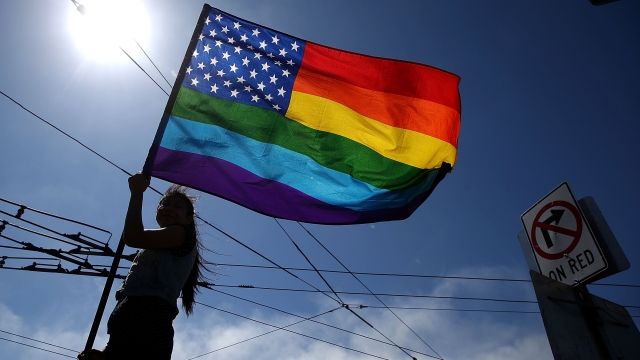 SMS
Lawmakers In North Carolina Want To Ban Same-Sex Marriage
By Eugene Daniels
By Eugene Daniels
April 12, 2017
The sponsors say the Supreme Court overstepped the Constitution and the "decree of the Almighty God."
SHOW TRANSCRIPT

UPDATE: Cathryn Oakley, senior legislative counsel for the Human Rights Campaign, sent this statement to Newsy in response to North Carolina's HB780: "This is far beyond the purview of the North Carolina General Assembly. It shows how ridiculous this adventure is. It shows where these legislator's hearts and minds are when it comes to LGBTQ equality. It shows they're not shy about putting their discriminatory intentions out there in public. They are not serious in creating policy. They are interested in making political statements about discrimination. This will not pass constitutional muster. It's flagrantly unconstitutional."

Lawmakers in North Carolina are once again looking to roll back federal protections for LGBTQ folks in their state. The target this time is same-sex marriage.

House Bill 780, or the "Uphold Historical Marriage Act," would ban any marriage, civil union or common law marriage not between a man and a woman. If the bill is passed, the state would also not recognize same-sex marriages from anywhere else.

The sponsors of the bill feel the Supreme Court overstepped its constitutional authority in 2015 when it ruled bans on same-sex marriage unconstitutional. The bill also claims the justices exceeded the "decree of the Almighty God."

The bill is similar to the North Carolina Same-Sex Marriage Amendment from 2012 that added a same-sex marriage ban to the state's constitution. That ban was struck down in 2014, even before the SCOTUS ruling.

There are a couple reasons HB 780 is almost certainly not going to become a law. First, times have changed. The acceptance of same-sex marriage has been on the uptick for decades. According to Gallup, 61 percent of those polled say same-sex marriage should be valid. 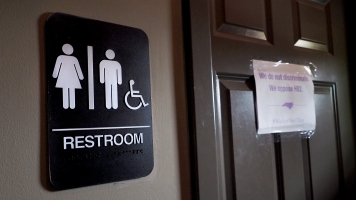 To Some, North Carolina's 'Bathroom Bill' Repeal Isn't A Repeal At All

And North Carolina has already lost jobs and tourism dollars because of HB 2, which forced trans people to use the bathroom for the gender listed on their birth certificate and caused massive outrage and rebuke across the nation.

Most importantly, the Supreme Court has spoken, and the law would almost immediately be deemed unconstitutional.

This is likely more of a symbolic gesture. Even if the bill somehow made it to the Democratic governor's desk, he's already made it very clear where he stands.