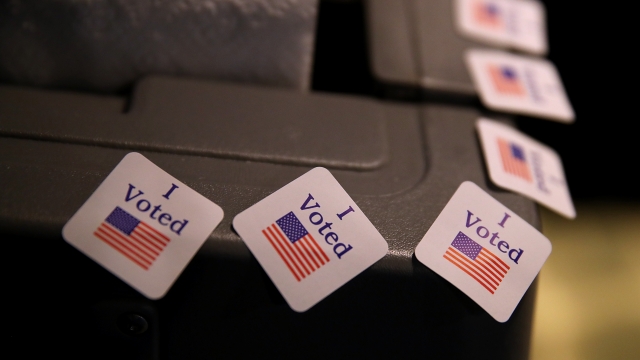 A North Carolina judge struck down a new amendment to the state's Constitution that would have required a photo I.D. when voting.

The legislation was approved by voters in November's midterm election, but the judge concluded that the measure wouldn't have even been on the ballot if it weren't for lawmakers elected from "racially gerrymandered" districts.

So let's get into that a bit: Gerrymandering happens when political boundaries are drawn in order to give certain political groups an advantage. In June 2017, the Supreme Court declared that North Carolina's state legislature was illegally gerrymandered on the basis of race.

After that Supreme Court ruling, North Carolina's lawmakers had to redraw many of their districts — which they did — but those new boundaries didn't go into effect until the November mid-term election. So the voter I.D. requirement measure was passed and put on the November ballot by the old, illegitimate legislature.

The lawmakers argued that they still had their ability to legislate to avoid "chaos and confusion." But, at the time, Democrats said the Republican-majority officials were rushing the measure through while they still had enough of a majority to override a veto from the state's governor, who is a Democrat.

Pushing this amendment through could have potentially helped the Republicans maintain their majority. According to a University of California San Diego study, stricter voter I.D. laws, "skew democracy in favor of whites." And the Pew Research Center says black, Hispanic and Asian voters are overwhelmingly Democratic, so the I.D. amendment would have likely given Republicans an advantage.

North Carolina Senate Leader Phil Berger said in a statement: "We are duty-bound to appeal this absurd decision. The prospect of invalidating 18 months of laws is the definition of chaos and confusion."