Deep-Sea Fishing Ban Aims To Give Coral A Surviving Chance 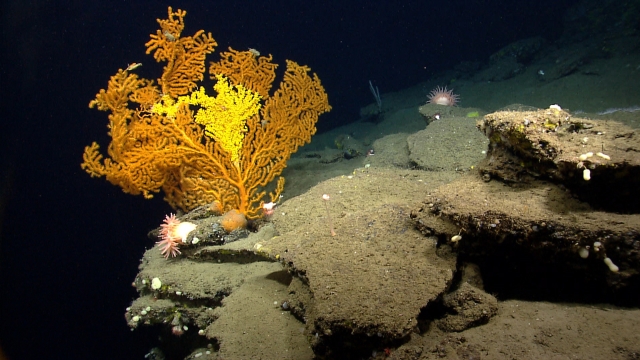 SMS
Deep-Sea Fishing Ban Aims To Give Coral A Surviving Chance
By Ethan Weston
By Ethan Weston
December 17, 2016
A new marine protected area that's about the size of Virginia aims to preserve coral in a part of the Atlantic Ocean.
SHOW TRANSCRIPT

The National Oceanic and Atmospheric Administration just protected an area of the Atlantic Ocean that's about the size of Virginia from deep-sea commercial fishing.

The newly protected area is called the Frank R. Lautenberg Deep Sea Coral Protection Area in honor of a former senator with that name, and it runs from Virginia north to Connecticut. That's about 38,000 square miles of federal waters.

The area is home to coral that grow just millimeters a year. For many of the marine species in the area, these coral gardens are a source of shelter, food and breeding grounds.

But because coral is fragile and takes a long time to grow, it's incredibly vulnerable to damage by humans — damage that could take centuries to recover from.

The new protections ban fishing gear that drags the bottom of the ocean, which should prevent damage to the corals and marine animals living there.