No, The Trumps Didn't Donate $1 Billion To Pay For A Border Wall 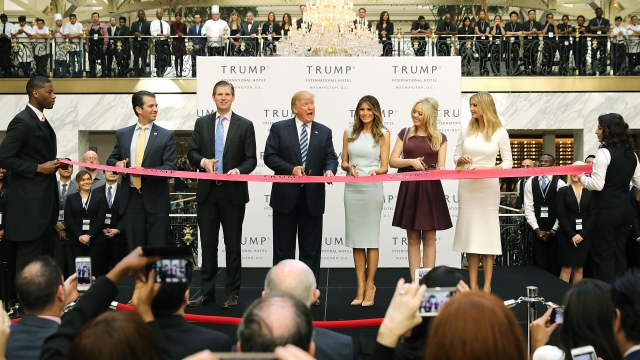 President Donald Trump is pushing to build hundreds of miles of new wall along the southern border. But did his family personally donate $1 billion to the project?

That's what a number of bloggers want you to believe. The claim appears on multiple websites that are riddled with ads. These sites typically generate revenue when people click links shared on Facebook or Twitter.

But that claim is not true. And it's pretty easy to figure that out once you read past the headline.

Let's start by considering the source of the information.

One of the websites posting the claim is Top Topic. Its disclaimer page says it "does not make any warranties about the completeness, reliability and accuracy" of information on its site. Another webpage called America's Last Line of Defense has the slogan "information you probably shouldn't trust" printed alongside its logo. And it has two notes about satire on the bottom of the website.

Also, the story quotes Director of Presidential Image and Propaganda Art Tubolls. That's not a real position, and the name is an anagram for Busta Troll. According to our partners at Politifact, that name has been cited in multiple other hoaxes.

So don't fall for clickbait headlines like this one. And be on the lookout for the name Art Tubolls. If you spot it, that should be a red flag that whatever you're reading probably isn't true.