No (Real) Animals Were Harmed In The Making Of These Films 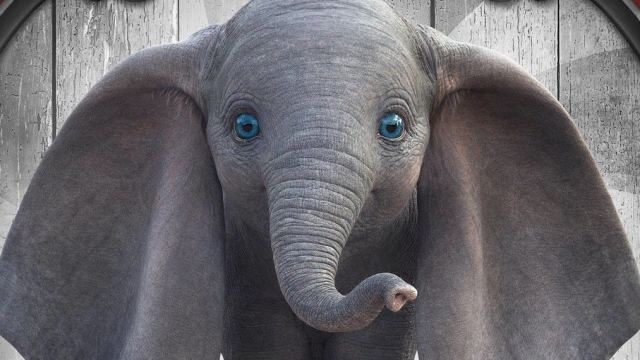 CGI is an indispensable, but very expensive, tool to keep animals safe from the potential harms of movie sets.

No animals were harmed in the making of these movies — and that's because these hyper-realistic creatures aren't real. They're computer-generated.

The use of CGI in other films isn't as apparent. "Noah," for example, features hundreds of animals on board an arc. None of them talk or sing, or fly when they shouldn't, but nearly all of them were generated by Industrial Light & Magic — the same visual effects company used by the Star Wars franchise and the Marvel Cinematic Universe.

Director Darren Aronofsky explained that it would have been "extremely difficult" to work with so many different animals all together. That makes sense when you consider the ramifications of having snakes, for example, in the same room as rodents.

But beyond the technical challenge of using live animals, Aronofsky also said: "Politically, it's not a great thing to work with live animals, and that's becoming more apparent to people as time goes by."

This phrase, as ubiquitous as it may seem, can only be used for films that follow the association's lengthy guidance for the safe use of animals. One of its recommendations is to hire animal handlers, and one of its prohibitions is to keep animals off set if they're in heat.

If certain scenes are deemed too dangerous for real animals, the association encourages using simulated animals instead of real ones.

In 2014, the Humane Society of the United States awarded Aronofsky its first-ever "Humane Filmmaker Award."

Other movies recognized by the group include "Okja," "Rise of the Planet of the Apes," and "Babe." l

Each of these movies used CGI to depict its fictional creatures, and "Babe" is especially notable for also winning the 1995 Oscar for visual effects. It came out less than a decade after "Labyrinth," the first feature film to show a realistic CGI animal.

Today, CGI is indispensable for the movie industry, but it's also still incredibly expensive. "Noah" had a budget of more than 125 million dollars and "The Jungle Book" cost 175 million dollars. In 2017, "A Dog's Purpose" featured one CGI dog for just a couple seconds — and that alone reportedly cost more than 40 thousand dollars.

Those high price tags make CGI impossible for smaller, lower-budget films — meaning real animal actors will still be on screen for a while.