The #NiUnaMenos Movement Is Fighting Femicide In Argentina 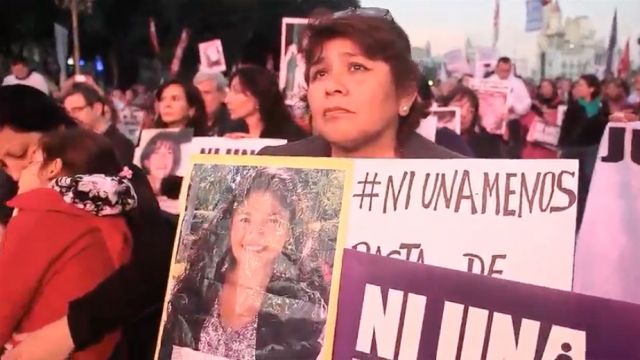 Argentina has a reported case of femicide every 30 hours. The #NiUnaMenos movement is pressuring the government to do something about it.

Femicide is the killing of women and girls. While it's an international issue, Latin America has the highest rates of femicide in the world.

#NiUnaMenos — which means "not one less" — organized its first demonstration in Argentina in 2015. Thousands of people took to the streets to protest femicide and demand justice for victims. With the help of social media, the movement has now spread across the region.

Argentina passed a law in 2012 that mandates harsher punishments for domestic violence and men who kill women.

But the cultural attitude of machismo still exists, and domestic violence is often seen as a family issue that should be dealt with in the home.

#NiUnaMenos wants the government to take proactive steps to stop femicide, like comprehensive sex education in schools, access to justice and guaranteed protection for victims of violence.