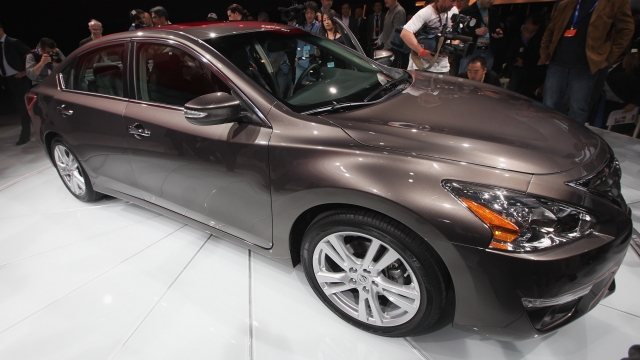 Nissan is recalling about 846,000 Altimas in the U.S. for a problem that might sound familiar: It has to do with the cars' secondary hood latch. (Video via Nissan)

If you just face-palmed, it's because you're probably aware this is the third time Nissan has had to issue a recall for the same problem. This time, the recall is for 2013 through 2015 model-year Altimas.

There aren't any reported injuries because of the problem, but if there had been, the scene might've looked something like this. (Video via Paramount Pictures / "Tommy Boy")

The threat here is the secondary hood latch wasn't fastening correctly, so if for some reason the cars' primary latch failed, the hood could open while the cars were moving. (Video via CNET)

This time, the automaker's fix is to replace the hood latch entirely on affected models. That process could begin as early as mid-February.

Check your car's VIN to see if you're affected by the recall.