Nintendo Will Reportedly Stop Wii U Production By End Of 2016 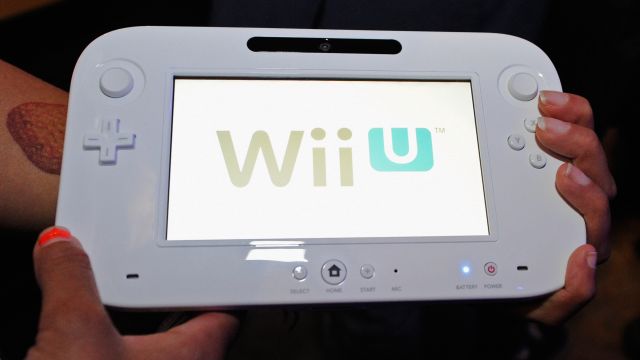 SMS
Nintendo Will Reportedly Stop Wii U Production By End Of 2016
By Matt Picht
By Matt Picht
March 22, 2016
Nintendo seems eager to look past the console's low sales numbers, but the shift could leave several projects in the lurch.
SHOW TRANSCRIPT

It looks like Nintendo's finally ready to cut its losses. A report from Japanese newspaper Nikkei claims the company will stop producing its current video game console, the Wii U, by the end of 2016.

This shouldn't come as a shock: The Wii U's been consistently trailing its competition in sales. Nintendo's latest estimates say it's sold about 12.6 million units since the console launched in 2012; by contrast, Sony claims its PlayStation 4 has sold almost 36 million units so far.

That's particularly demoralizing considering the Wii U's predecessor sold almost 10 times as many consoles over its lifespan. Without the Wii's intuitive motion controls and with the lack of processing power to keep up with rival consoles, the Wii U never managed to gain much traction in the market.

So the company seems understandably eager to move on. But this decision could impact some projects currently under development, including the latest installment in the "The Legend of Zelda" franchise. Once a Wii U exclusive, it's now looking increasingly likely that title will be brought over to Nintendo's next console as well.

Nintendo's reportedly planning to unveil its next console, tentatively titled the NX, sometime this year. Nothing's confirmed yet, but a report from The Wall Street Journal suggests it'll combine elements from both mobile and console gaming.

This video includes clips from Nintendo.