9 Women Who Dominated The Sports World 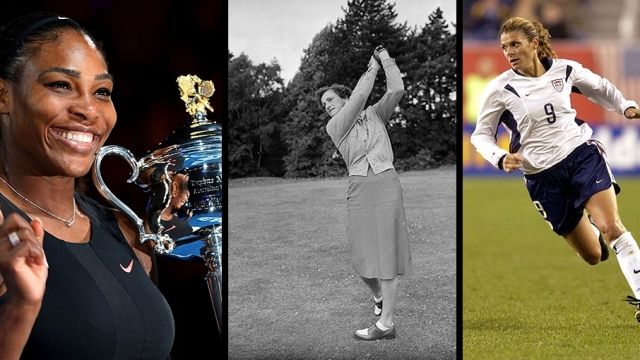 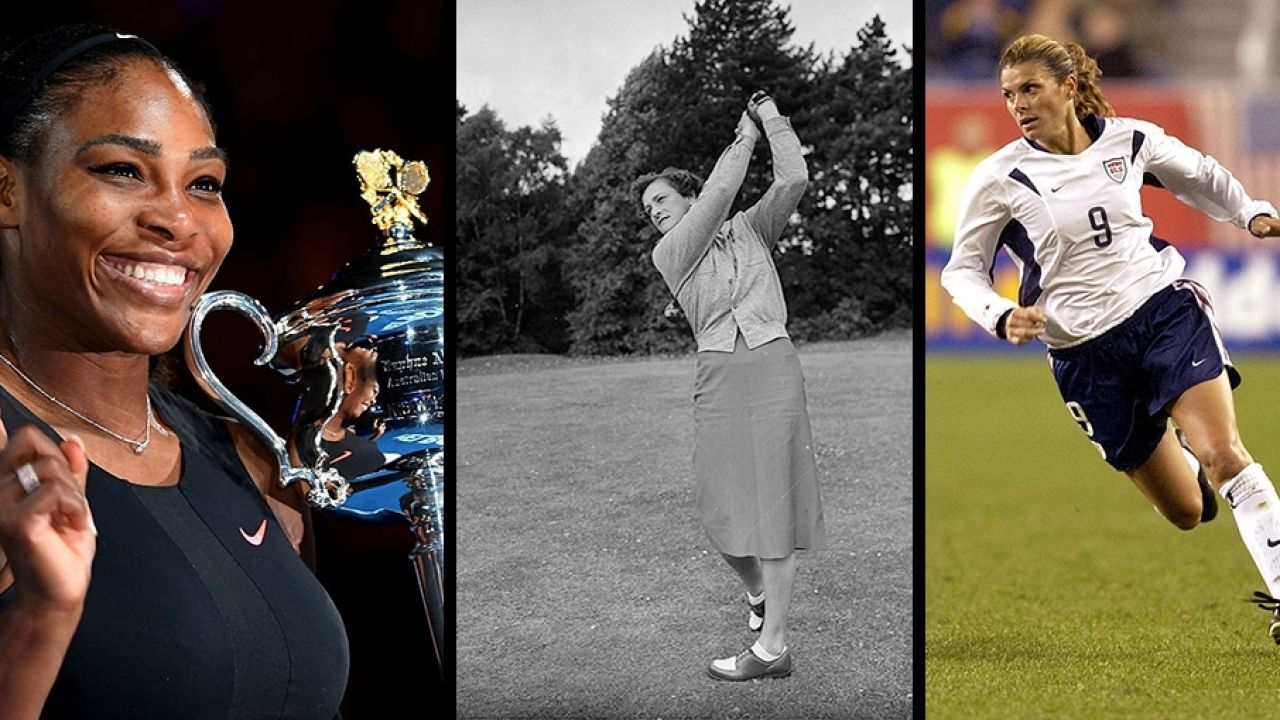 By Sabrina Russello
March 14, 2017
During Women's History Month, we're honoring women across many fields. This one's for the sports trailblazers.
SHOW TRANSCRIPT

For Women's History Month, we're highlighting women across different fields and recognizing their contributions to the advancement of women and achievement of equality. Here are just a few who paved a path forward in the sports world. 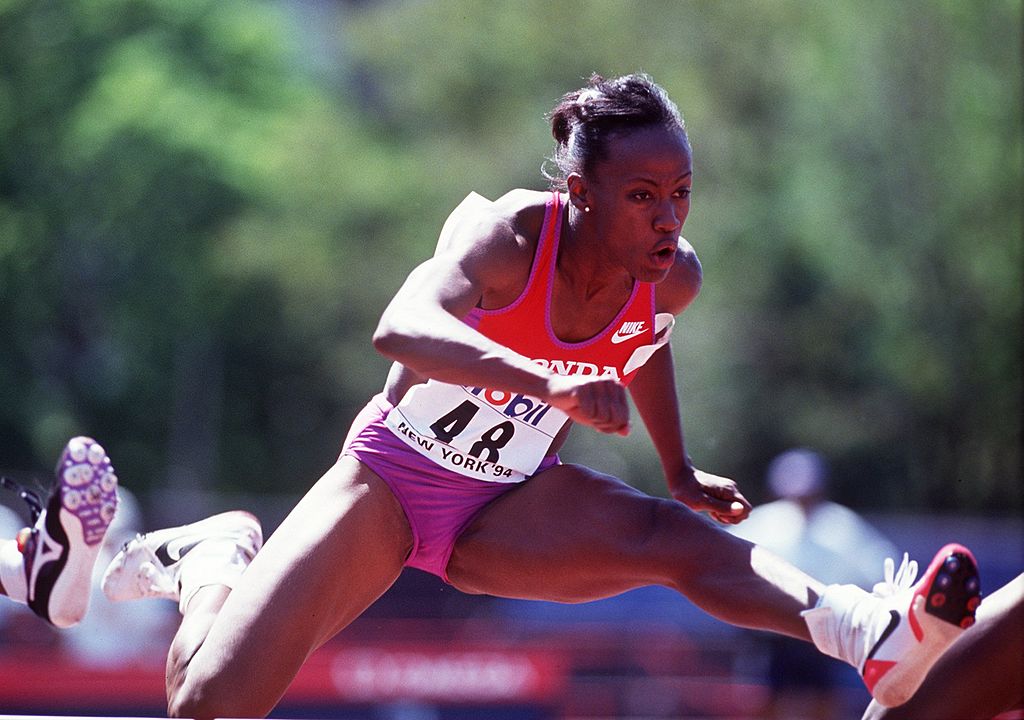 Jackie Joyner-Kersee is one of the most celebrated Olympians of all time. She was a track and field star, and over her career, she won six Olympic medals — three gold, one silver and two bronze. She currently holds the world record for the heptathlon — a seven-event track and field competition. And in 1987, she tied for the world record in long jump with a 7.45-meter jump. Joyner-Kersee's final Olympic appearance was in 1996, in Atlanta, Georgia. She won the long jump bronze medal. After retirement, Joyner-Kersee started a foundation to help underprivileged youth play sports. 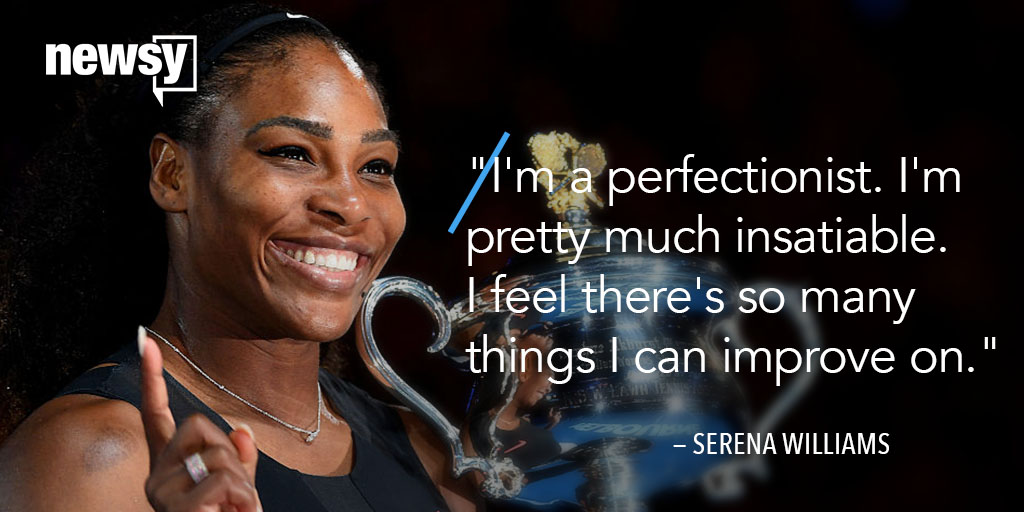 Finding a list of Serena Williams' accomplishments and accolades isn't hard to do, but narrowing them down is another story. Williams has won 23 Grand Slam titles — just one shy of the record holder, Margaret Court. She's won 72 singles titles over the course of her career, and she has four Olympic gold medals. In 2012, she won the Golden Slam, which means she won an Olympic gold and four major titles within the same year. And let's not forget her career alongside her older sister, Venus. Together, they've won 22 doubles championship titles. When the two aren't teaming up, they're considered each other's major competition.

The world was introduced to Russian gymnast Larisa Latynina in the 1956 Olympic Games in Melbourne, Australia. Latynina took home six medals, including gold in the all-around, vault and team events. In her second Olympic appearance, she won gold again in the all-around and team events, as well as the floor exercise. And once again, she took home six medals. In her final Olympics in 1964, like she had done before, she medaled in every event. Latynina held the record for most Olympic medals —18 total — until 2012, when Michael Phelps beat her record. 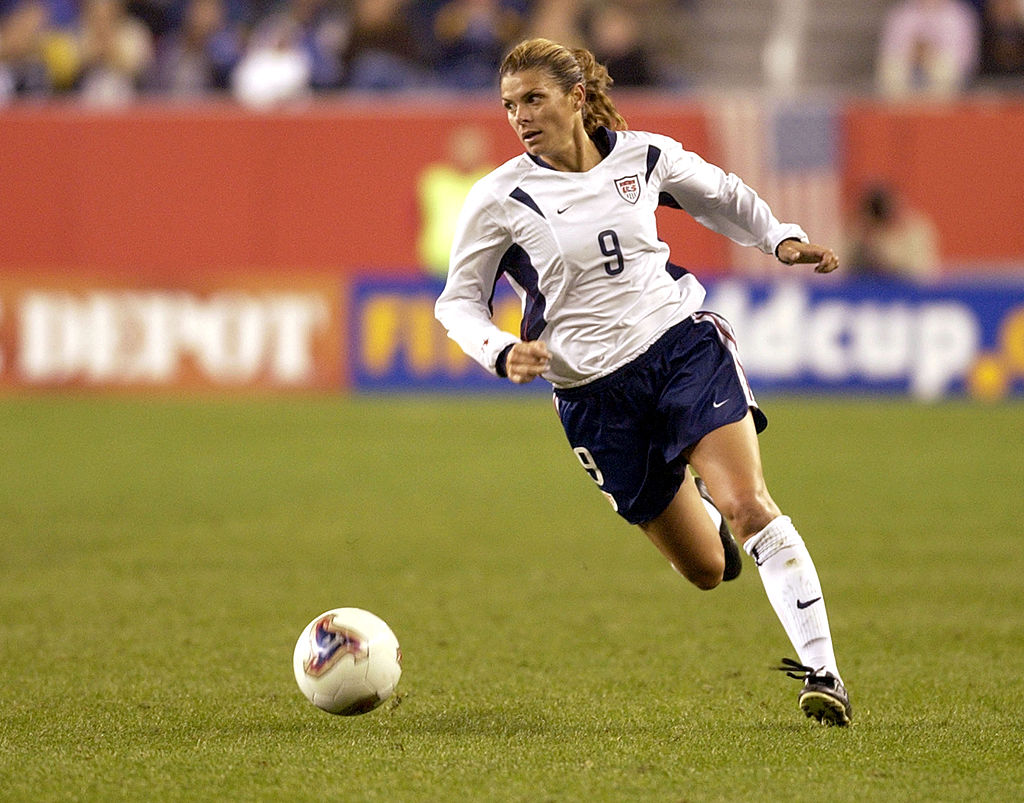 Mia Hamm began her national soccer career at the age of 15. In 1991, when she was just 19, Hamm became the  youngest American player in history to win a World Cup. She won a second World Cup championship with Team USA in 1999. She also held the record for most international goals scored, but Abby Wambach — another Team USA player — outdid her in 2013. In addition to championships, Hamm won U.S. Soccer's Female Player of the Year award five years in a row and was put on FIFA's list of the 125 greatest living players in 2004. 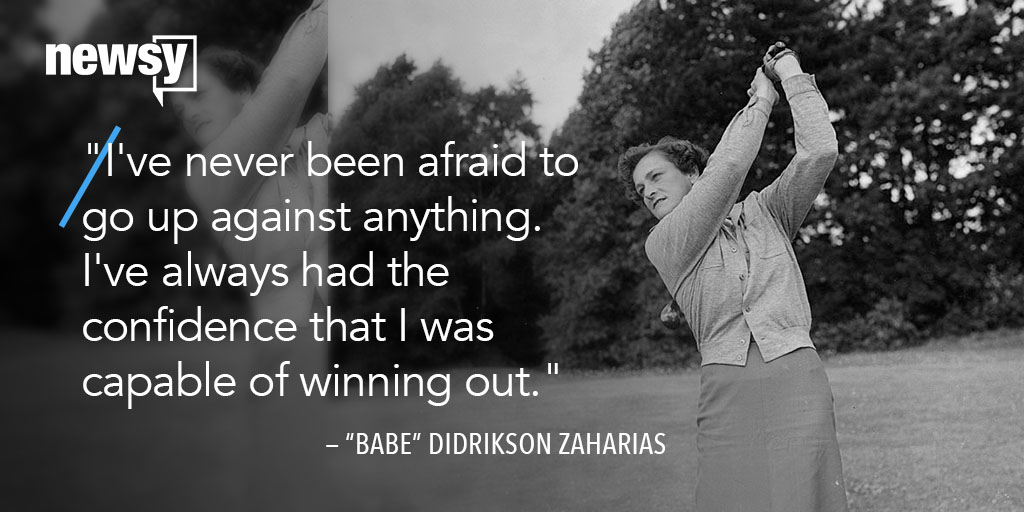 Mildred Ella Didrikson Zaharias, known as Babe, was a triple threat in sports. She played golf and basketball, and she was a track and field star. During her senior year of high school, she was recruited to play basketball for an amateur union team, the Golden Cyclones. The Cyclones won three consecutive championships. In 1931, she placed first in eight events at the National Women's AAU Track Meet. And in the 1932 Olympics, she broke four world records in three track and field events. She began her golfing career in the early 1930s. In 1947, Zaharias became the first American woman to win the British Ladies' Amateur Championship. She dominated the golf world for the next few years.

When someone says "Winter Olympics," Bonnie Blair should come to mind.  Blair is known for dominating the Winter Games in speedskating. She won her first gold and set a world record in the 1988 Olympics. In 1992, she won gold medals in the 500- and- 1000-meter speedskating events, which she repeated in 1994. Blair's wins in 1994 put her in a category all her own — she became the first American woman in Olympic history to win five gold medals. She was inducted into the U.S. Olympic Hall of Fame in 2004. 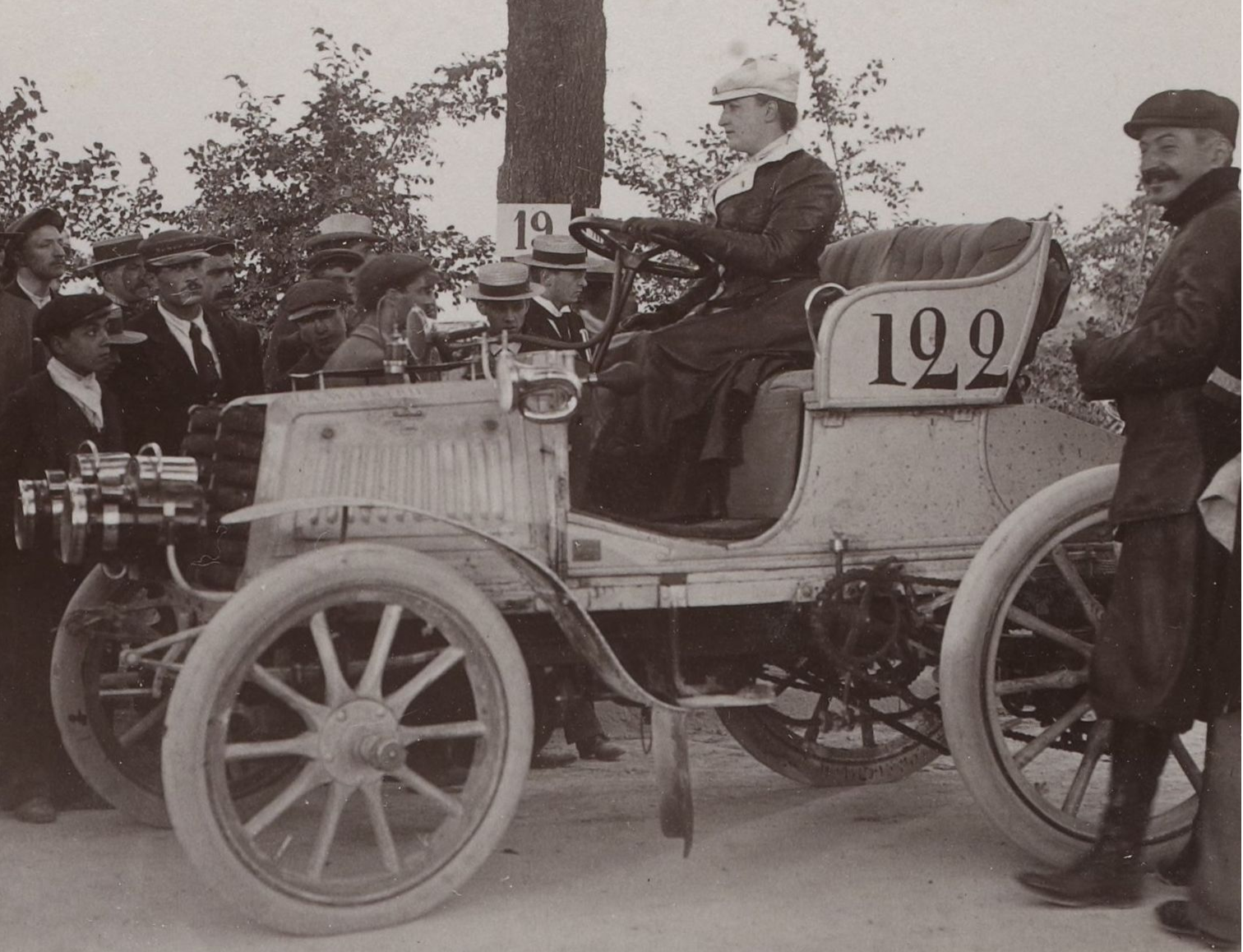 Before Camille du Gast was known in the racing world, she was a skilled ballooner, fencer, tobogganer and shooter. She entered her first race in 1901 and came in 19th place in the heavy class and 33rd overall. She was the first woman to race on an international stage. In the Paris-Madrid race of 1903, du Gast started in 29th position. She began the race at a good pace but chose to stop to help another driver, Phil Stead, who had crashed. Although her impromptu stop caused her to finish in 45th place, another driver said she saved Stead's life. Unfortunately, Stead's crash brought attention to the dangers of racing, and women were banned from the sport. Instead, du Gast turned her love of racing to motorboats. In 1905, she was declared the winner of the Alger-Toulon race, which spanned the Mediterranean Sea. She retired from racing in 1910. 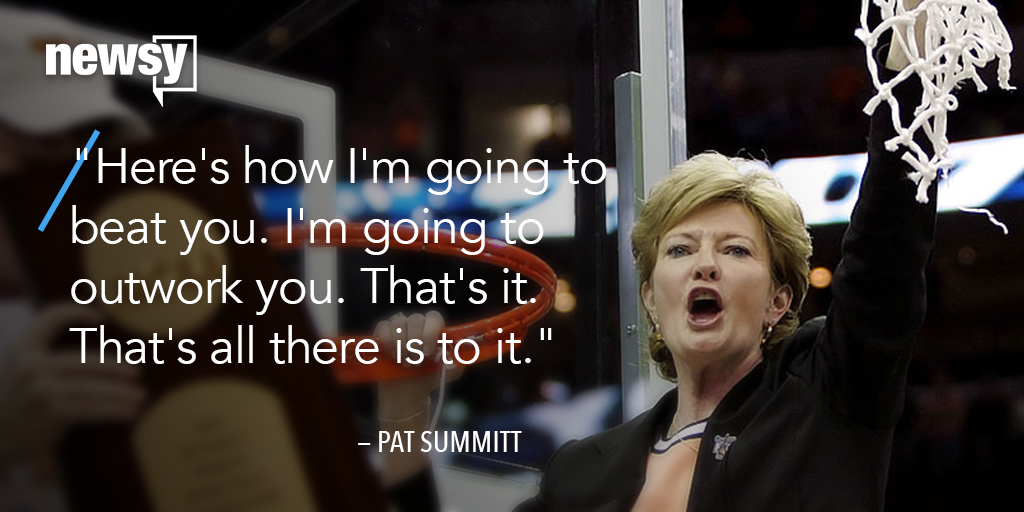 Pat Summitt was an American basketball player turned coach for the University of Tennessee. During her 38-year career with the Lady Vols, she won 1,098 games — the most of any NCAA coach in history. Under her leadership, the team won eight NCAA Championship titles and a combined 32 Southeastern Conference tournament and regular season championships. Summitt was also named NCAA Coach of the Year seven times. In 2012, she was awarded the Presidential Medal of Freedom and received the Arthur Ashe Courage Award. In 38 years of coaching, she never had a losing season.

One could argue Ronda Rousey made the Ultimate Fighting Championship women's division mainstream. She was the first woman to sign with UFC and the first UFC women's bantamweight champion. She started her professional fighting career on the Olympic team at age 15, and she became No. 1 in ranking at just 16 years old. In 2012, she won the Strikeforce Women's Bantamweight Championship. She also went undefeated for 12 consecutive matches, eight of which were belt matches. Her first loss came in 2015 against UFC fighter Holly Holm. Rousey has also become a strong symbol, appearing on covers such as Sports Illustrated's Swimsuit Edition.