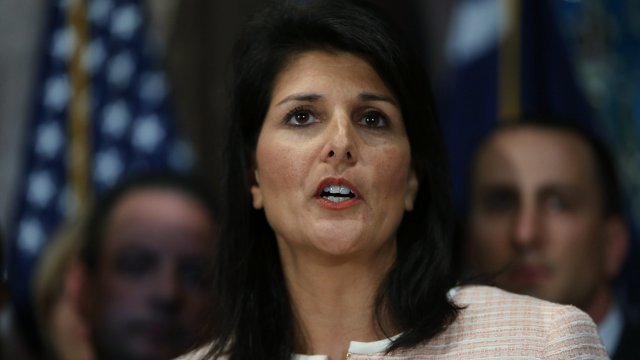 U.S. Ambassador to the United Nations Nikki Haley says the U.S. has "proof" Iran is violating a U.N. agreement.

At a press conference Thursday, Haley stood in front of ballistic missile parts and accused Iran of delivering them to rebels in Yemen, which she said fired them at Saudi Arabia. She said the alleged action is evidence "that the Iranian regime's behavior is growing worse." 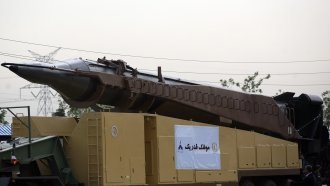 If Haley's claims are true, Iran would be violating a 2015 U.N. Security Council resolution. It says Iran is banned from certain activity tied to ballistic missiles. Iran denies the claims.

Haley's accusation comes shortly after Congress decided not to advance legislation that would reimpose sanctions on the country, which were previously lifted under the Iran nuclear deal.

The decision whether to reimpose those sanctions is now up to President Donald Trump. He's been a vocal opponent of the deal.

But so far, Trump hasn't said he'll scrap it. Haley didn't detail what the U.S. will do, if anything, in response to Iran's alleged violations.