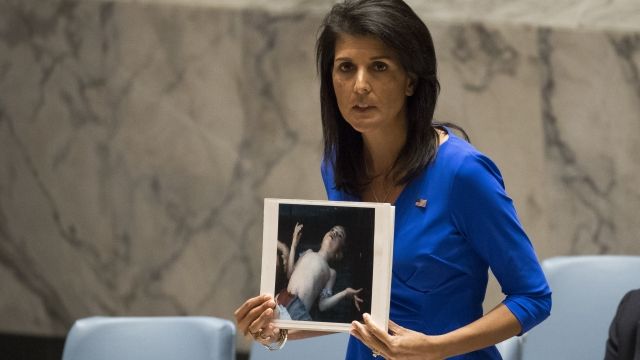 "There is not any sort of option where a political solution is going to happen with Assad at the head of the regime," Haley said on CNN's "State of the Union."

But about a week earlier, Haley said removing Assad from power wasn't a focus for the Trump administration.

It prompted President Donald Trump to order a missile strike on an airfield held by the regime.

The change in the administration's policy has some questioning the president's "America First" agenda. Back in 2013, Trump tweeted that then-President Barack Obama shouldn't intervene in Syria.

Haley told CNN removing Assad was one priority for the U.S. Others include defeating ISIS and removing Iran's influence on Syria.