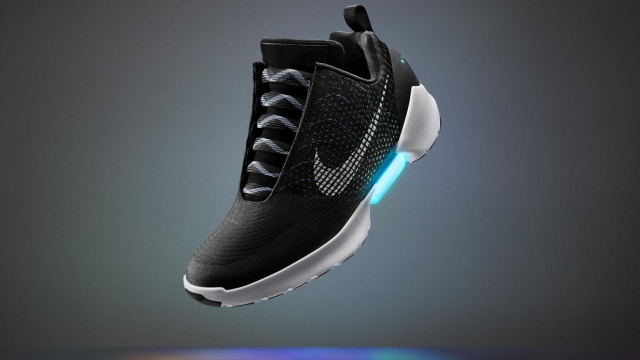 SMS
Nike's Self-Lacing Shoe Is Real, And You'll Be Able To Buy It (Soon)
By Ben Lawson
By Ben Lawson
March 17, 2016
Nike plans to sell shoes with powered laces similar to the ones Marty McFly wears in "Back to the Future."
SHOW TRANSCRIPT

We are truly living in the future now. Nike just announced a shoe that can lace itself.

The Nike HyperAdapt 1.0 uses battery-powered mechanical pulleys to lace itself. Funny enough, this means you'll have to charge your shoes about every two weeks — gotta give a little to get a little.

The shoemaker has shown off concepts for "powered-lacing" shoes before, but this is the first pair it plans to put on the market.

There are manual controls on the side of the shoe to tighten or loosen the laces. But eventually, the company wants the shoe to be able to adjust itself automatically.

Nike says it will start selling the shoes this year sometime around the holidays but hasn't said how much they'll cost.