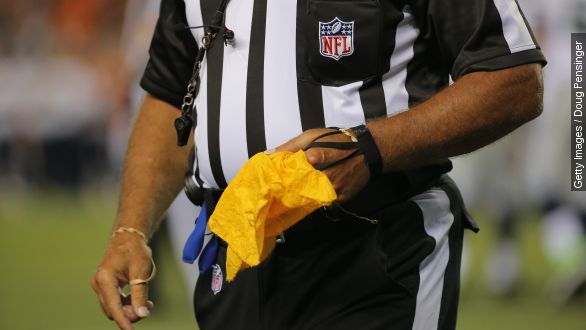 After months of dealing with scandals and trying to repair its public image, the NFL is reportedly taking a step toward diversity by hiring the league's first full-time female referee.

Her name is Sarah Thomas, and no, this officiating thing is not new to her.

The 39-year-old mother of three began breaking barriers in 2007 when she became the first female official in major college football as an official for Conference USA. She was also the first women to officiate an NCAA bowl game back in 2009.

Most reports rely on a tweet from Ravens beat reporter for The Baltimore Sun Aaron Wilson. As of early Friday afternoon, the NFL still hadn't confirmed.

But ask Thomas and she will tell you, she's just working to get better at the job she's so passionate about.

"I know that a lot of people or a lot of females that are maybe inspired by a gender barrier that's been broken, but I never set out to shatter the glass ceiling," Thomas told CBS.

Thomas has been in the NFL's Officiating Development Program where she's been competing for one of the league's more than 100 officiating spots. (Video via WEWS)

While some question her ability to handle 300-pound men yelling at Thomas about a call, she says she's not worried about it and has even told reporters she "couldn't stand" officials when she played basketball in college.

Thomas won't be the first woman to wear stripes in an NFL game. Back in 2012, Shannon Eastin was brought into a game between the Saint Louis Rams and the Detroit Lions as a replacement referee. Thomas would be the league's first full time female official.