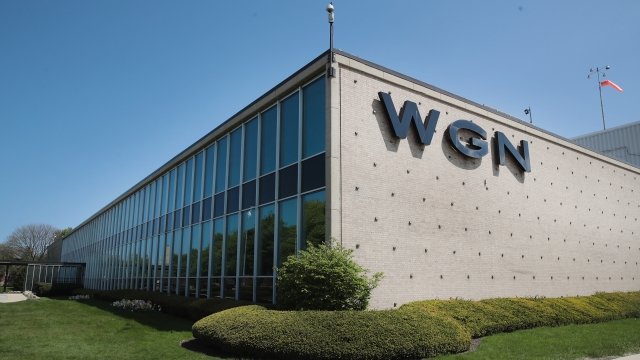 By Katie Cammarata
December 3, 2018
The acquisition will make Nexstar the largest local TV station owner in the U.S.
SHOW TRANSCRIPT

Nexstar Media Group Inc. will buy Tribune Media Co., making the company the largest local TV station owner in the U.S. Including debt, the deal is worth $6.4 billion.

The deal comes months after a failed merger between Sinclair Broadcast Group and Tribune. That didn't go through because the FCC raised concerns about Sinclair's plans to comply with its limits on TV station ownership. Tribune sued, saying Sinclair purposefully disregarded the FCC's concerns to undermine the deal. Sinclair sued back.

The Nexstar-Tribune deal is still subject to approval from Tribune's shareholders and the FCC. If all goes well, it's expected to close in the late third quarter of next year.