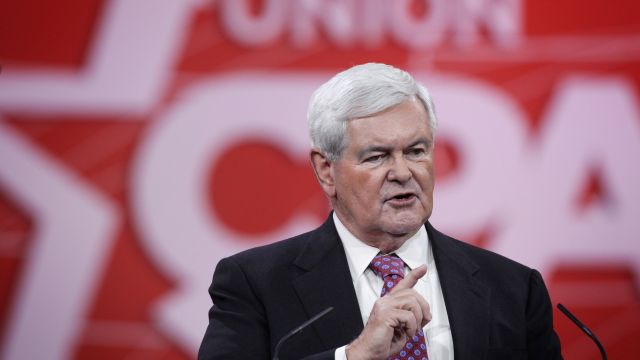 Fox News just threw some fuel on the Newt-Gingrich-for-vice-president fire.

On Tuesday, the network announced it suspended its contributor agreement with the former speaker of the House, citing "intense media speculation about Gingrich's potential selection as Donald Trump's vice presidential candidate."

Gingrich has been a regular on Fox News since 1999, with the exception of a break in 2011 while he ran for the 2012 GOP presidential nomination.

Gingrich officially endorsed Trump in May and has been on the list of potential VPs for a while now.

Trump has said he's looking for an experienced politician to be his running mate, and with 20 years in Congress under his belt, Gingrich fits that description. The two campaigned together in Ohio less than one week ago, and Trump seemed to picture Gingrich in the VP role.

"We all love Newt. Newt gets it. I'll tell you one thing, folks. I'm not saying it's Newt, but if it's Newt nobody's going to be beating him in those debates. That's for sure," Trump said to a crowd in Ohio.

And as the days count down to the start of the Republican National Convention, all eyes are on the Trump campaign awaiting an official announcement.

But even if Gingrich doesn't get the job as Trump's second in command, he's likely to make a return to politics if America votes Trump in November.

"Newt Gingrich is going to be involved in our government. That I can tell you," Trump said.