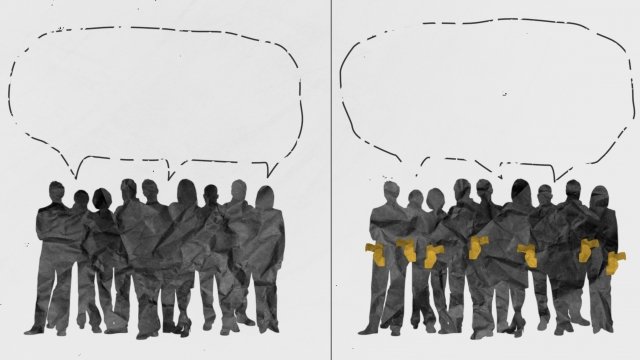 You'd be hard-pressed to find a topic more polarizing than the NRA and guns in America.

But how do non-pundits — everyday Americans — feel about the largest gun rights group in the country?

Well, Newsy and the polling firm Ipsos went out and asked more than 2,000 gun owners and non-gun owners about their thoughts, and some of the answers might surprise you.

For instance: you might think that most NRA supporters would be gun owners themselves — but our poll found that's not really the case. Fifty-nine percent of respondents who support the group don't actually own any guns.

A talking point on cable news and Twitter is that people who are anti-NRA want to go around snatching guns out of everyone's hands, but our poll found the opposite. Sixty percent of respondents who aren't fans of the NRA still think civilians should "be allowed to purchase, operate and carry" handguns.

And it's not just non-gun owners or anti-NRA folks that surprised us. Thirty-eight percent of gun owners surveyed think the NRA is stopping politicians from writing "meaningful" gun control laws. And 42 percent of that same group think we would have a safer country if there were stricter gun control laws.

Gun control and gun rights' advocates don't agree on much, at least not in large numbers. But our poll found their might be less disparity between the groups on certain aspects of the debate. That also means there's still a lot of ground to cover before there's any real consensus.