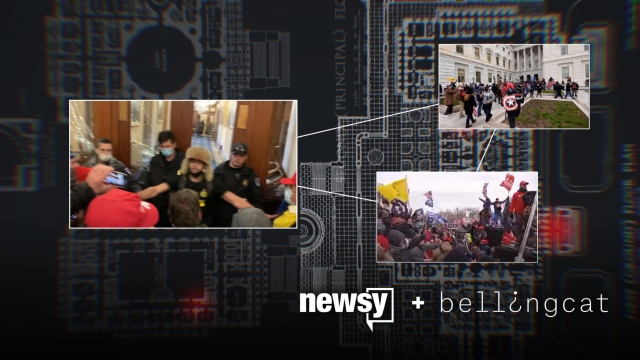 January 6 represented a massive failure to protect the United States Capitol, as throngs of Trump supporters streamed into the building after they forced Capitol Police to retreat. This video tracks the movements of extremists through the Capitol and shows how they were able to access restricted parts of the building after breaking windows and busting through entryways.

Our partners at Bellingcat published a report analyzing the movements and ideology of Ashli Babbit, who was shot and eventually died after trying to enter the Capitol's Speaker's Lobby.