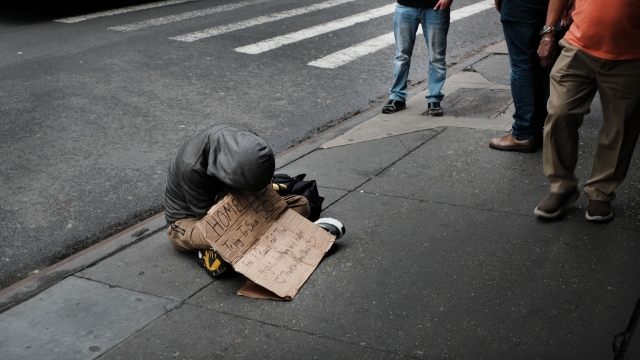 On Monday, the city of Newark, New Jersey, filed a federal lawsuit against the city of New York over a program that relocates homeless people. It has reportedly relocated nearly 1,200 people to the Newark.

It's called the Special One-Time Assistance Program, or SOTA. New York City's Human Resources Administration website says the program gives shelter to working individuals or families who have been in a shelter for at least 90 days. The program pays landlords in New York or other states a year's rent up front.

New York Mayor Bill de Blasio and Social Services Commissioner Steven Banks are named as defendants. The lawsuit alleges SOTA workers did not adequately inspect the apartment, did not hold landlords accountable for providing uninhabitable housing and pressured people in shelters to move outside of New York City.

Five New Jersey families said they were given apartments that lacked heat or electricity and had rodent infestations, faulty plumbing and other problems. The residents say they reached out to landlords and SOTA workers about the issues, and that case workers said they could not help because the people were now residents of Newark.

De Blasio's office has said the lawsuit is "wrong, hypocritical, and amounts to nothing short of income-based discrimination."

A policy director at a New York City-based advocacy group called Coalition for the Homeless said the SOTA program is flawed, but that the real problem is the lack of quality, affordable housing in both cities.

The lawsuit asks New York City to identify all families relocated to Newark and asks the U.S. District Court for the District of New Jersey to temporarily ban the city from carrying out the SOTA program in Newark.