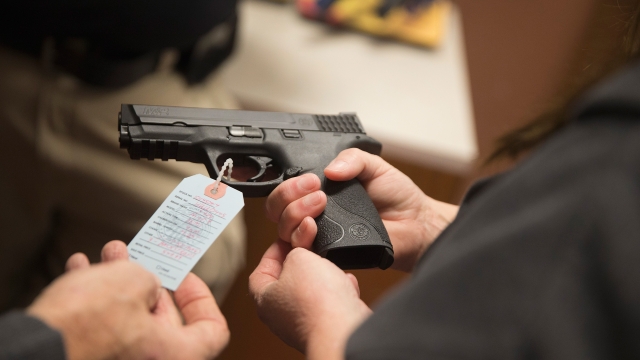 SMS
New Zealand Parliament Introduces Another Gun Control Bill
By Katherine Biek
By Katherine Biek
September 13, 2019
The bill would require doctors to notify police if they believe a patient should not be allowed to own a gun for health reasons.
SHOW TRANSCRIPT

Lawmakers in New Zealand introduced another round of gun control reforms Friday — almost six months after deadly attacks on two mosques in Christchurch.

"Owning a firearm is a privilege, and comes with an obligation to demonstrate a high level of safety and responsibility," Ardern said in a press conference back in July.

The bill would require health professionals to notify police if they believe a patient should not be allowed to own a gun because of physical or mental health reasons. It would also establish a national firearms register and force gun owners to renew their licenses every five years instead of every 10.

In April, New Zealand banned most semiautomatic firearms, magazines and parts that can be used to assemble prohibited firearms.

Officials have since launched a six-month buyback operation, allowing gun owners to turn in their outlawed firearms and magazines for compensation. Reuters reported more than 19,100 firearms have been turned in so far, along with almost 71,000 gun accessories.