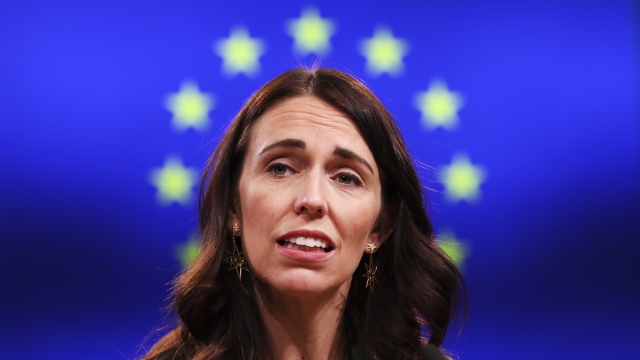 SMS
New Zealand Claims Victory Over Coronavirus, Eases Lockdowns
By Gage Jackson
By Gage Jackson
April 27, 2020
Officials say the virus has not been eradicated but they've effectively stopped community transmission of the virus and scaled back lockdown measures.
SHOW TRANSCRIPT

New Zealand says it has stopped community transmission of COVID-19 and effectively defeated the virus as the country begins to loosen lockdown measures.

Prime Minister Jacinda Ardern said the virus has been "currently" eliminated as the number of new cases fell to single digits. New Zealand health officials clarified that this does not mean the virus has been eradicated but that they know where the cases are coming from.

Ardern said, “There is no widespread undetected community transmission in New Zealand. We have won that battle. But we must remain vigilant if we are to keep it that way.”

Starting Tuesday,  the country will scale back its restrictions, allowing some businesses to reopen under certain rules such as maintaining about six feet of social distancing.

The manufacturing and forestry sectors will also resume and schools will reopen under limited capacity.

Meanwhile, people will be allowed to participate in recreational and outdoor activities such as going to the beach. But libraries, museums and gyms will remain closed until at least May 11. There will also be a 10-person limit at all weddings or funerals.

According to a tally by Johns Hopkins University, New Zealand has less than 1,500 confirmed cases of the virus and 19 deaths. For Newsy, I'm Gage Jackson.