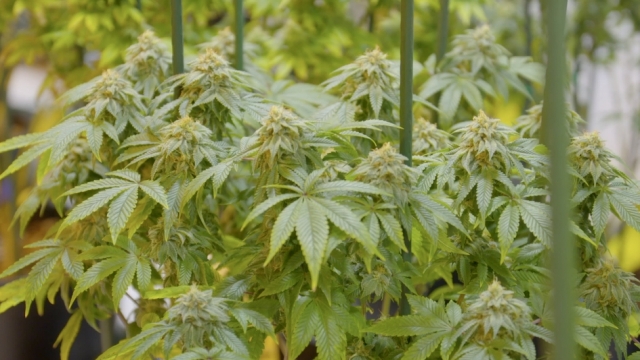 The legislation would allow New Yorkers to grow up to three mature and three immature plants for personal consumption,and  would set up a licensing process for the delivery of cannabis products to customers. Local governments can opt out of retail sales.

The Senate sponsor of the bill, Liz Krueger, says communities of color have been unfairly targeted by aggressive enforcement of marijuana laws.

She wants to use tax money from legalization to ...quote ..."help heal and repair those same communities."

The new legislation would eliminate penalties for possession of less than three ounces of cannabis, and automatically expunge records of people with past convictions for marijuana-related offenses that would no longer be criminalized.

People are already allowed to buy marijuana for recreation in at least 14 other states, but New York has failed to pass legalization for the last 3 years.

Now, Democrats have a veto-proof majority in the state Legislature and they've made marijuana legalization a priority this year. Plus, Gov. Andrew Cuomo’s administration has estimated legalization could bring the state some $350 million annually.

“We have passed the point of legalized cannabis. It's in New Jersey. It's in Massachusetts. To say we’re going to stop it is not an option – it's here. The only question is: do we regulate it here, do we gather the revenue here or do we have people driving to New Jersey, which is right there, or Massachusetts if you're in the northern part of the state? But it is here. This year we have to get it done," Cuomo said.