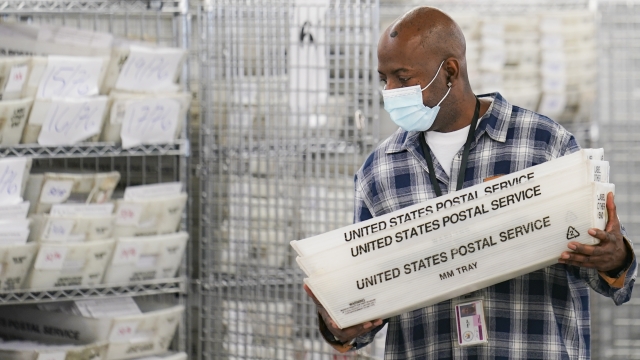 The long process of counting mail-in ballots in New York is finally getting underway. The state got a late start — just this week.

That's because New York state law doesn't allow the absentee ballot count to start until one week after the election.

More than 1.5 million New Yorkers sent in ballots this year. A majority of them were returned by Democrats.