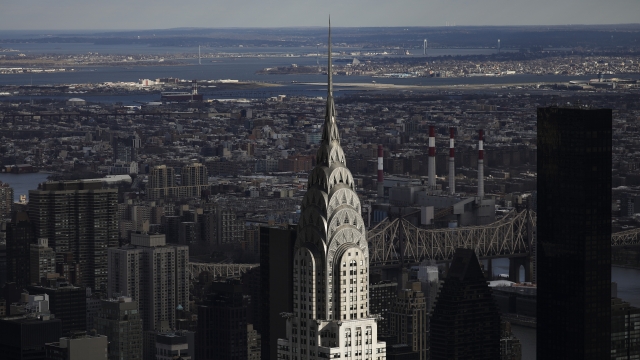 One of New York's most iconic structures, the Chrysler Building, has reportedly been sold — and at a fraction of its previous price.

The building reportedly went for $150 million. One of its previous owners, the government of Abu Dhabi, paid $800 million for a 90 percent stake in 2008.

The 77-story building on Manhattan's East Side has been one of the Big Apple's most distinguished landmarks for decades. Designed by William Van Alen, it was built between 1928 and 1930. Upon completion, it was the world's tallest building until the Empire State Building took the title from it in 1931. The Chrysler Building served as Chrysler's corporate headquarters until 1953, and since then it's been featured in popular movies including "The Wiz," "Armageddon" and "Men In Black 3."

When the owners first announced their intent to sell the building back in January, investors speculated they'd have to sell at a loss. They suggested the maintenance cost of the nearly 90-year-old building, combined with the cost of leasing the ground beneath it, were the main factors in the decrease in value.