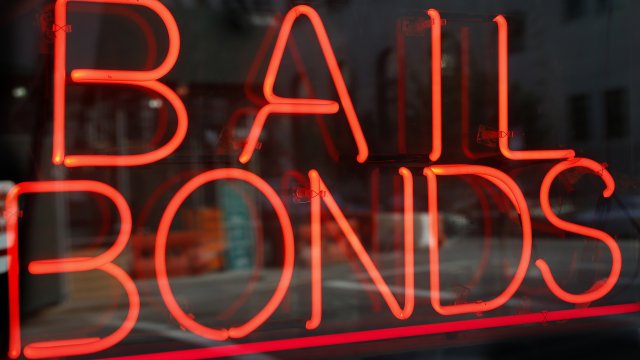 Amid the coronavirus crisis, Gov. Andrew Cuomo and the New York legislature have reconsidered the state's controversial bail laws.

New York is adding several crimes to a list of bail-eligible offenses, meaning more people could be held pretrial unless they pay their bond.

CUOMO: "The bail reform that we did last year I'm very proud of because [bail] was discriminatory in effect and in impact, and I think we made the right change. And I think the improvements made this year are the right ones, also."

Cuomo and New York City Mayor Bill De Blasio both supported a more significant overhaul of the law that completely removed cash bail from the equation but also gave judges a lot more discretion than they have now.

New York is the only state that does not let judges consider public safety or "dangerousness" when they make decisions about bail.

GONZALEZ: "The responsibility rests on myself and this office to make sure that we're only asking for bail when bail is absolutely needed."

GONZALEZ: "I think the biggest thing that they added was if you get arrested and you're out and you commit a new crime while that case is still pending, the new case could be bail-eligible. I think that is the one that has the greatest likelihood of being abused. And that's where we just have to be mindful that not every rearrest should require bail."

Fears and criticism around the new measure are heightened by the coronavirus. Rikers Island Jail has had more than 230 detainees and 220 staff members with positive COVID-19 test results.

And criminal justice advocates and public defenders warn the new measure could lead to more people being incarcerated. But Gonzalez says he has no intention of increasing the jail population especially during this pandemic.

GONZALEZ: "I'm saying in this office, if it's not a serious matter, I'm telling the police they should not make an arrest and put someone through the system. And if they do, I've declined to prosecute nearly 200 cases already in the last two weeks. And yet we can continue to keep our community safe."

Offenses added to the bail-eligible list include things like second-degree burglary, vehicular manslaughter and repeat offenders. Judges and law enforcement advocated strongly for the repeat offenders provision after seeing suspects arrested for the same things more than once.

This change in the bail reform law is not immediate. According to the governor's office, it will take effect in approximately 90 days.