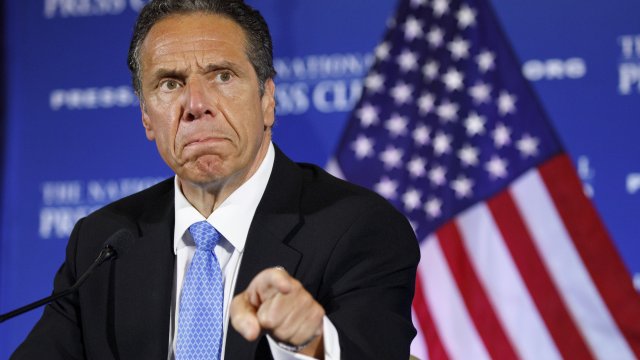 A second former aide to New York Governor Andrew Cuomo is accusing him of sexual harassment. And President Biden's spokeswoman weighed in.

"There should be an independent review looking in to these allegations, and that's certainly something he supports and we believe should move forward as quickly as possible," said White House press secretary Jen Psaki.

Charlotte Bennett worked as a health policy adviser in the governor's administration until November. She told The New York Times Cuomo asked her inappropriate questions about her sex life and made her feel "horribly uncomfortable and scared.”

Bennett said Cuomo never tried to touch her but she understood that he wanted to sleep with her and felt her job was threatened.

Bennett is the second former adviser to the governor to accuse him of sexual harassment in recent weeks.

Cuomo says while Bennett...quote..."has every right to speak out"... he denies the new allegations.

He said, "I never made advances toward Ms. Bennett nor did I ever intend to act in any way that was inappropriate. The last thing I would ever have wanted was to make her feel any of the things that are being reported.”

Cuomo has requested an independent review of the allegations.