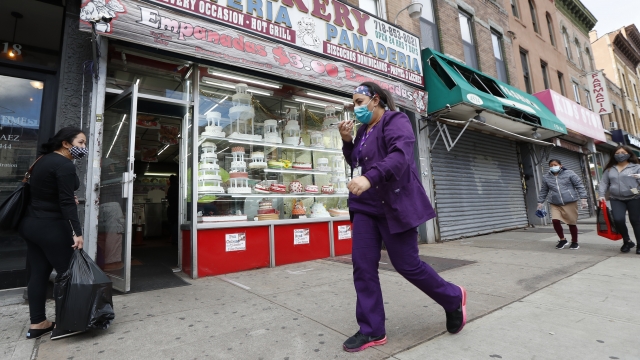 New York City saw no new confirmed COVID-19 deaths Thursday for the first time since March 12. That's according to data from the city's health department.

Data shows the city reported its first confirmed COVID-19 death on March 11. Daily deaths peaked at 590 on April 7 and have been declining ever since. The number of new daily deaths fell below 100 on May 9 for the first time since March 24.

However, even though the city didn't see any new confirmed deaths, it noted there were three "probable" coronavirus deaths on Thursday. Those people had showed symptoms of COVID-19 but hadn't been tested. If they test positive, they could be reclassified as confirmed deaths later on.

Still, this marks a major turning point for New York, which saw the most coronavirus cases in the entire country. New York City has reported 17,055 confirmed deaths and 4,727 probable deaths as of Friday, as well as more than 202,000 infections.