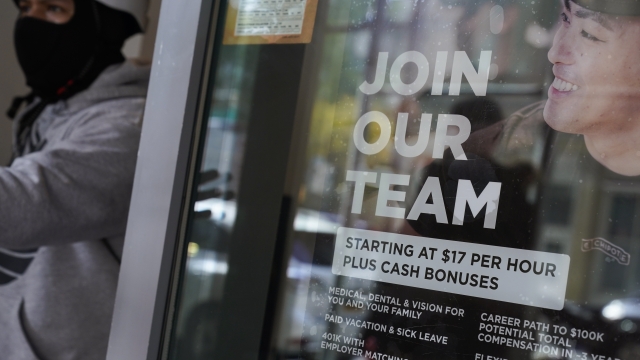 Anyone looking for a job in New York City will now know exactly how much money they could make due to a new salary transparency law in effect for employers there.

"Anytime they advertise for a job — and that could be on the internet, in a newspaper, in a flier, internally for a transfer or promotion — that employer must list the salary range or the hourly rate range," said Mark Beckman, employment law attorney.

Beckman says the measure is an effort to address pay disparities for women and people of color.

"Women and people of color and minorities were not in the know and were generally receiving less salaries because the employer was not providing them the same amount as it was providing essentially white men," Beckman said.

This affects any employer with four or more employees.

Those companies will now be required to share a salary range for all postings, but rules for salary disclosures vary.

In some cases, it requires employers to share salary ranges upon request or after an interview, with exemptions for small businesses. In other cases, employers must post salary ranges.

Many workers are regarding the measure as good news.

"I was dissatisfied with my whole career as a nurse because I didn't know what my coworkers were making," said Barbara Morrissey, a New York City resident. "I wasn't allowed to tell my salary with threat of being fired because my coworker might be upset because they're not making the same. Let salaries be public."

"There would be pros and cons, but overall, I think it's got to be beneficial because people are going to be more satisfied having that transparency, knowing what they're getting, knowing what their coworkers are getting," said Corey Ruth,a  New York City resident.

However, the new rule doesn't apply to current employees, meaning if there is a current pay disparity, the employee won't get a raise based on the salaries posted by the companies. But, they would benefit as someone looking for a new job or promotion within the organization.

Cities like Cincinnati and Toledo in Ohio have similar laws to the new measure.

At the state level, New York passed a salary transparency law, but it has not been signed by the governor.

Other states do have similar laws: Colorado was the first state to adopt a law in 2019, followed by California, Maryland, Nevada, Rhode Island, Connecticut and Washington..

The new law also covers remote workers in New York City but not businesses hiring outside the city. That means if a company is based in the city and has an opening for a job that can be done remotely anywhere in the U.S., including New York City, they need to post the salary.