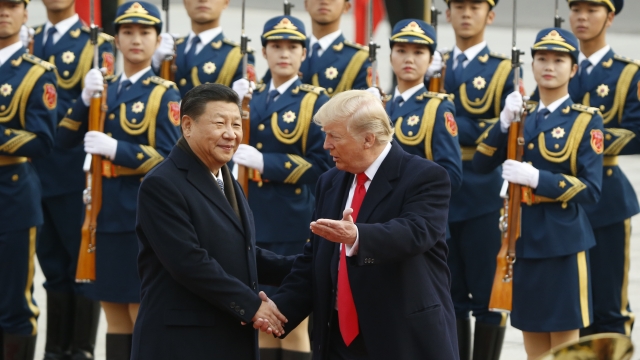 More rounds of tariffs are set to go into effect in October and December.

Tariffs on $112 billion of Chinese goods hit at midnight Saturday.

The 15% tariffs apply to a wide range of items, from firearms to apparel to electronics. The U.S. and China have been in a trade war for over a year, but consumers are expected to feel the impact of these latest tariffs. According to the Associated Press, many companies say the higher prices will be passed on to customers.

Apple's one of the hardest hit companies, with the tariffs affecting AirPods, iMacs and other Apple products. But, it's unclear if the company will raise prices. Engadget reports that Apple usually seeks to maintain its profit margins.

The original tariff list included $300 billion of Chinese imports, but some of the tariffs have been delayed or removed altogether.

China retaliated with tariffs hitting the same day. Another round of U.S. tariffs against China is expected to land in mid-December.