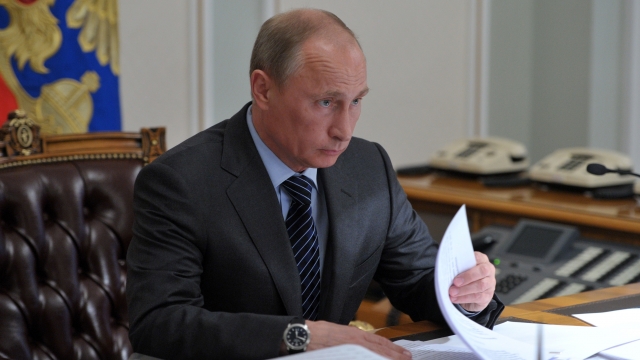 SMS
New Laws In Russia Criminalize Spread Of 'Fake News'
By Katie Cammarata
By Katie Cammarata
March 19, 2019
News outlets that are found guilty of using "unreliable" information could face up to $23,000 in fines.
SHOW TRANSCRIPT

Russian President Vladimir Putin signed a set of bills into law that criminalize the spread of "fake news" and "disrespect" for the country.

Individuals found guilty of insulting authorities or official government symbols could get thousands of dollars in fines and 15 days in jail.

Opponents argue the law is intended to stifle free speech that's critical of the government.

A Kremlin spokesman said the legislation isn't censorship. He argued that "this sphere of fake news, insulting and so on, is regulated fairly harshly in many countries of the world including Europe. It is therefore of course necessary to do it in our country too."