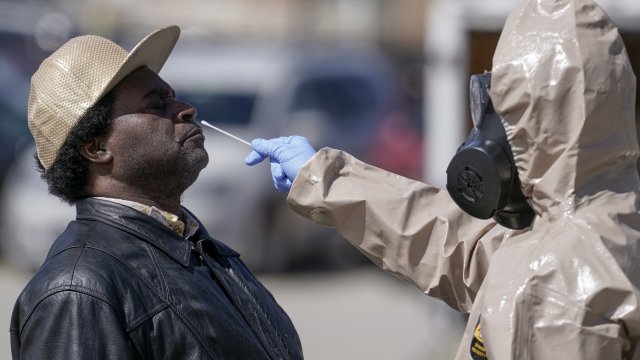 Wisconsin is seeing one of the worst outbreaks in the country right now.

There's been a lot of political back and forth between the state's Democratic Governor and Republican-led legislature over statewide restrictions.

Now the mayor of the state's most populous city is implementing his own.

That includes the capacity limits as well as a requirement that everyone at indoor events be seated.

Barrett says Wisconsin as a whole has seen a 450 percent increase in cases over the last two months.

And hospitalizations have more than doubled in the last month.