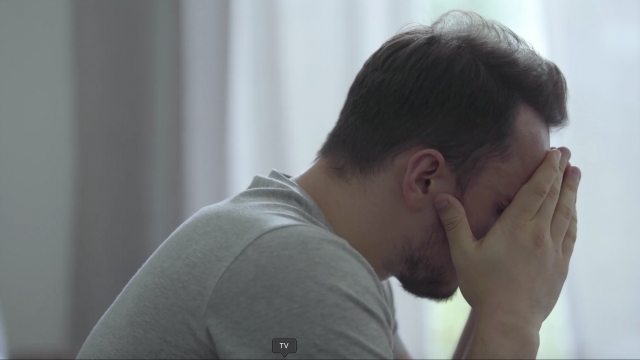 Protests, politics and the pandemic: They’re the biggest things stressing out the majority of us, according to a new report from the American Psychological Association.

"When you have multiple stresses that are compounded, then that definitely makes it much more difficult for you to navigate your don't get day to day life," Erlanger Turner, a psychologist and psychology professor at Pepperdine University, said.

The APA’s study found nearly two in three adults say the current amount of uncertainty in our nation causes them stress. Further, three in five say the number of issues America faces currently is overwhelming.

Nearly eight in 10 adults say the coronavirus pandemic is a significant source of stress in their life. And two in three adults say their stress levels have risen over the course of the pandemic.

And with the election looming, more than three in four adults say the future of our nation is a significant source of stress, up from 66% of adults said the same last year.

"That state of uncertainty, what's going to happen next, elevates stress overall. I'm concerned about what the long-term impact is going to be, particularly for younger people," Lynn Bufka, the director of practice, transformation and quality at the American Psychological Association, said.

Psychologists Newsy spoke with say how we’re coping is so important right now. They suggest things like texting your friend you can’t see in person; self care like sleeping and staying hydrated; or even giving a shoulder massage to the person you live with.

"You want to be mindful of not drinking too much caffeine and alcohol because that is going to make your stress levels much more difficult," Turner said.

"Look for ways to also try to relax and to release some of the tension that we're all walking around with. That's an important way to cope as well," Bufka said.

And another thing they advise — which might seem strange coming from a news source: Limiting your news intake, especially as the election nears, can be beneficial, too.

"I can control how much I'm exposed to it," Bufka said. "If I'm really stressed about news about the economy, I can control how much I'm following economic feeds. ... Many people are very concerned about what the outcome of the election will be. If that's you, don't spend Nov. 3 checking the news constantly because we're not going to have an answer immediately. Make a plan to do things that are satisfying and enjoyable to you instead."