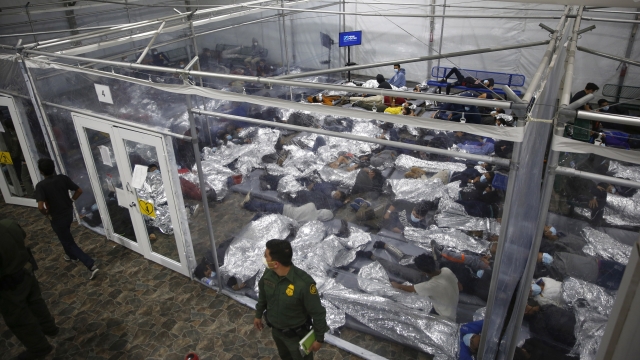 SMS
New Poll Suggests Many Americans Disapprove Of Border Situation
By Simon Kaufman
By Simon Kaufman
April 6, 2021
A new AP and NORC poll shows only 25% of Americans approve of the president's handling of unaccompanied migrant children at the border.
SHOW TRANSCRIPT

The Biden administration is trying to deal with an escalating situation at the border and more Americans are losing patience.

According to a new Associated Press and NORC poll, only about a quarter of Americans approve of the president's handling of unaccompanied migrant children detained at the border.

40% said they disapprove and a third said they don't have an opinion. And Americans are also split on the best path of action.

Nearly six in 10 say providing safe treatment of those children is a "high priority" for the federal government. About a third said it's a moderate priority and about 10% said it was low one.