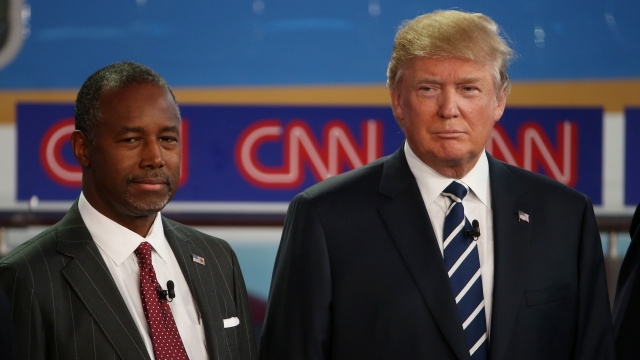 In a Morning Consult poll, 11 percent of Republican and Republican-leaning independent voters thought Trump should pick Carson as his vice president.

Dr. Ben Carson has refused to drop out of the presidential race, despite his relatively low polling numbers.

But the retired neurosurgeon is seemingly leading the pack in another area.

In a Morning Consult poll released Monday, 11 percent of Republican and Republican-leaning independent voters thought Donald Trump should choose Carson as his vice president, should he score the presidential nomination.

Ted Cruz and Marco Rubio each got 9 percent of the vote, and John Kasich and Chris Christie each took 8 percent.

Nearly 40 percent of those polled said they weren't sure who Trump should pick, or they didn't have an opinion.

As for whether Carson would consider serving as vice president under Trump, he seemed open to the idea during an interview with Fox Business last month.

"I certainly would sit down and discuss it with him," Carson said.