New Orleans Power To Be Restored Next Week 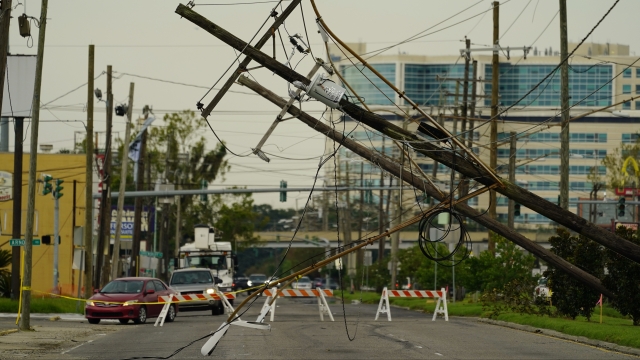 Power should be restored to almost all of New Orleans by Wednesday, 10 days after Hurricane Ida destroyed the city's electrical grid and left more than 1 million customers in Louisiana without power, utility officials said Friday.

About 850,000 people in Louisiana, including much of New Orleans, remained without power, down from the peak of around 1.1 million as the storm arrived with top winds of 150 mph. It is tied for the fifth-strongest hurricane ever to strike the mainland U.S.

Entergy, the company that provides electricity to New Orleans, issued a statement asking for patience and acknowledging the heat and misery in Ida’s aftermath. More than 25,000 workers from 40 states are trying to fix 14,000 damaged poles, more than 2,200 broken transformers and more than 150 destroyed transmission structures. 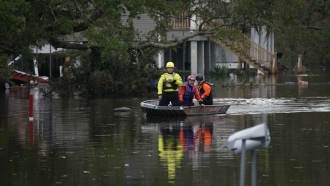 “Please know that thousands of employees and contractors are currently in the field working day and night to restore power. We will continue working until every community is restored.” said Rod West, a group president for utility operations.

Customers with damage where power enters their home will need to fix it themselves, and there could be some smaller areas that take longer, the company said. The utility offered no promises for when the lights will come back on in the parishes east and south of New Orleans, which were battered for hours by winds of 100 mph or more.

At least 13 deaths were blamed on the storm in Louisiana, Mississippi and Alabama. Several deaths in the aftermath of the storm were blamed on carbon monoxide poisoning, which can happen if generators are run improperly.

Tens of thousands still have no drinking water in the midst of a sultry stretch of summer. Floodwaters still fill some communities, and lines for gas stretched for blocks in many places from New Orleans to Baton Rouge.

Louisiana Gov. John Bel Edwards said more than 220,000 people have already registered for assistance from the Federal Emergency Management Agency, and 22,000 have applied for a federal program to place tarps on damaged roofs.