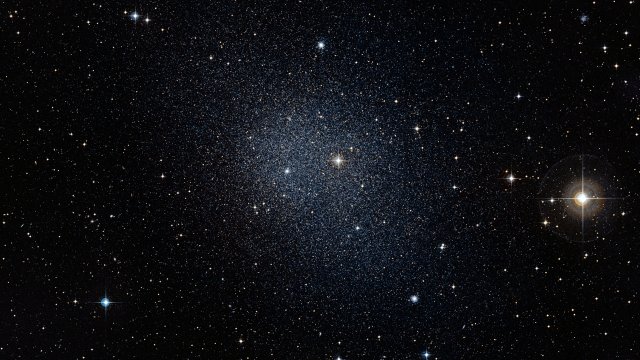 Even though dark matter makes up 85 percent of the mass of our universe, it continues to evade researchers trying to detect it. Now, a new neutrino experiment could lead us to the invisible matter.

Neutrinos are tiny, chargeless subatomic particles that are difficult to study because they rarely interact with the matter around them. A neutrino can even fly through the middle of the planet with a low chance of hitting anything.

But even more elusive is an interaction known as coherent elastic neutrino-nucleus scattering, a very long name for when a neutrino bounces off the nucleus of an atom. Neutrinos tend to only interact with individual particles inside a nucleus, but it has been theorized that they can interact with the entire nucleus as a whole, too. Now, a group of physicists has observed this phenomenon for the first time. 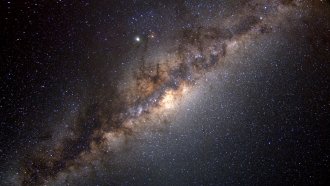 The Milky Way Might Have Borrowed Matter From Other Galaxies

This type of interaction creates a tiny recoil that can't be measured by existing detectors or experiments. So, the science team built its own detector — about the size of a toaster — sensitive enough to observe the recoil effect.

And these results could aid our search for dark matter.

When a massive star collapses and explodes, its neutrinos create small bits of energy. It's theorized that this is due to the neutrinos interacting with what are known as "weakly interacting massive particles" — potential candidate particles that make up dark matter.

If that's true, detectors based on the new design might be able to sense those small amounts of energy, finally solving the mystery of dark matter.