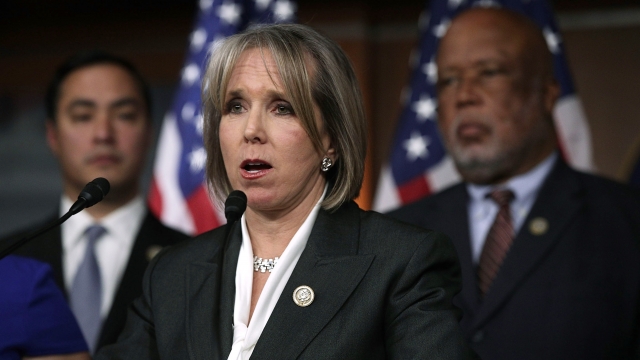 New Mexico's governor revealed a plan on Wednesday to make tuition at public colleges and universities free for in-state students.

The Opportunity Scholarship, described as a "last dollar" program, would cover any tuition costs for in-state residents that haven't already been paid for by federal grants or the New Mexico Lottery Scholarship. Lujan Grisham said those programs typically leave an "unpaid tuition gap" of 25-40%.

In a statement, the governor described the program as "an absolute game-changer." She said, "In the long run, we'll see improved economic growth, improved outcomes for New Mexican workers and families and parents, a better trained and better compensated workforce."

Public tuition costs have become a key talking point for Democratic candidates as the fight for the presidential nomination heats up. Sens. Bernie Sanders and Elizabeth Warren have both announced plans to eliminate undergraduate tuition at public colleges and universities.

If it's approved by the state's legislature, the Opportunity Scholarship could affect nearly 55,000 New Mexico students at 29 public institutions by fall semester 2020.