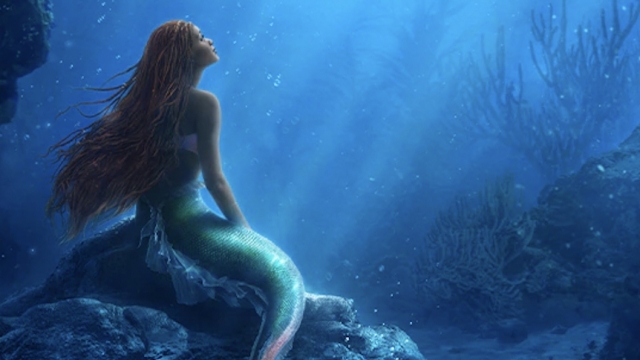 Some content creators are encouraging anyone and everyone to dress up as Ariel, after the new Little Mermaid trailer inspired Black girls.

One Halloween costume is making a splash this year.

"Black girls, why don't we dress up as Ariel for Halloween?" content creator Monica B. Fitz said in a TikTok video.

Fitz rallied others to dress like merpeople after the trailer for a remake of "The Little Mermaid" — featuring a Black Ariel — made some waves online.

"I thought of the idea to, not only make the haters mad, but also just to show more representation and show that minorities can be anything we want to be," she told Newsy. "It's was a call to action, like, 'Hey everyone, let's all do this and just all put our own twist and let's all represent even more.'"

She got over a million likes on TikTok.

Rozy Ambler is a content creator and Disney aficionado, who encourages everyone to dress up as a mermaid.

"I love seeing unique adaptations of costumes. So, you know, it doesn't have to look exactly like the movie. It can be whatever, in your mind, you believe Ariel is dressed as," she said. "I don't think it should be limited to just women. It's anybody who wants to do it."

The National Retail Federation expects spending for Halloween costumes for adults and kids to total $2.9 billion, and return to pre-pandemic spending.

"Every year, we see around 16% of adults draw their inspiration from pop culture, and around 7% will look to current events for some ideas," NRF Senior Director of Consumer Insights Katherine Cullen said.

Che Monique has been mermaiding on land and "under the sea" long before the trailer dropped. She's a professional mermaid. Her costume advice?

"How are you going to pee in that? Just like, think about, where you're going, what you're doing," Monique said. "A lot of times, walking tail costumes, even though your legs aren't bound in the way, like your feet are bound, they can still be really restrictive."

So who's going as Ariel this year?

The daughter of actress Gabrielle Union and retired NBA star Dwayne Wade, for one, tagging the photo on Instagram with #representationmatters.

"I hope that seeing this movie and people wanting to connect with the water more can potentially help with that," Monique said.

Water safety, swimming education and representation are all serious topics worth discussing — but whose to say we can't have these discussions without a little whimsical fun-ta-sea.

"As adults, we're always so serious. I think that we do need to have more fun," Fitz said.