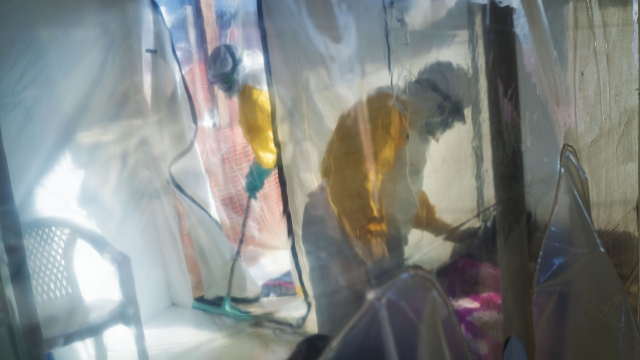 On Monday, the World Health Organization confirmed another Ebola outbreak in the Democratic Republic of Congo. At least four people, including a 15-year-old, have died, according to the WHO, and at least six cases have been reported in the provincial capital of Mbandaka.

This is the Democratic Republic of Congo's 11th Ebola outbreak, and it's still dealing with an outbreak in the eastern part of the country that has killed more than 2,200 people. UNICEF said that outbreak "is in its final phase." But the country is still battling COVID-19 and the world's largest measles outbreak, which has killed more than 6,700 people since last year.

The WHO's director-general wrote: "This is a reminder that COVID-19 is not the only health threat people face. Although much of our attention is on the pandemic, WHO is continuing to monitor and respond to many other health emergencies."

The agency said it already has staff on the ground in Mbandaka and that contact tracing is underway.