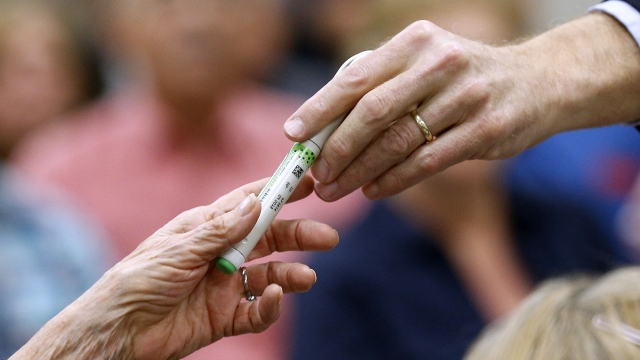 The new law ​caps co-payments of insulin to $100 for a one-month supply of insulin.

Colorado has become the first state in the country to limit how much a person is required to pay in out-of-pocket costs for insulin.

Colorado Gov. Jared Polis signed the bill into law Wednesday, which caps co-payments of insulin to $100 for a one-month supply. The cap is expected to go into effect in 2020.

The law won't change or limit what insulin manufacturers can charge insurance companies. It also requires the state's attorney general's office to "investigate the pricing of prescription insulin drugs and submit a report of its findings" to the governor and other state leaders.

The news comes amid recent criticism of the rapidly growing costs of the nearly 100-year-old medication. According to the bill, nearly 300,000 Colorado adults have been diagnosed with diabetes as of 2018, and many of them rely on daily doses of insulin to survive. It also says insulin prices had increased by 45% between 2014 and 2017, with 25% of type 1 diabetics reporting insulin underuse due to the high costs.