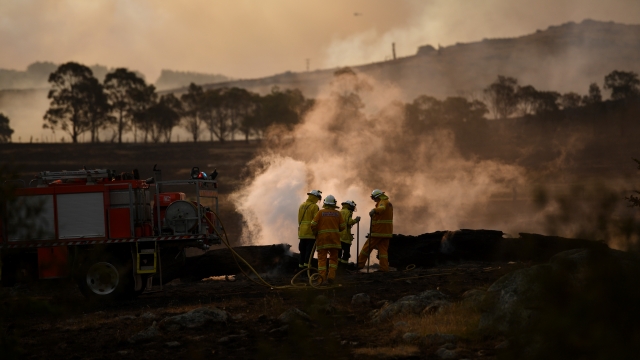 A new fire in Australia on Wednesday forced evacuation of communities near the capital city of Canberra. Roads were closed and smoke billowed above suburbs east of the city after the fire broke out near the Canberra Airport.

The threat was downgraded later Wednesday, and no injuries or destroyed structures were reported.

Recent hail and rainstorms had just given Australians a break from devastating bushfires that have scorched more than 25 million acres since September amid an unprecedented heat wave and severe drought. Combined, the burned areas are bigger than South Korea and vastly surpass the fire damage in Brazil's Amazon rainforest last year.

In all, 29 people have been killed in the bushfires and 2,500 homes have been destroyed. The blazes have been catastrophic for wildlife, with officials estimating as many as 1 billion animals may have died.

At least two months remain in the fire season.